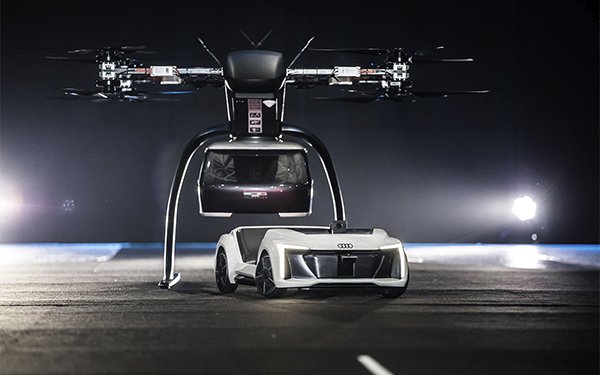 Audi has been working on a flying taxi.

Back in November, Audi, Airbus and Audi subsidiary Italdesign showed a flying and driving prototype of “Pop.Up Next.”

“Flying taxis are on the way,” Bernd Martens, Audi board member for sourcing and IT and president of Italdesign said at the time. “We at Audi are convinced of that.”

That may not be the case, at least in the short term.

Audi pulled the plug on the flying taxi project this week.

“As part of our new Consistently Audi strategy, we are reviewing and re-evaluating all projects,” Audi said in a statement sent to me. “This also applies to the Pop.Up project and the existing partnerships. Therefore, we will not continue our work on the Pop.Up project.”

The Pop.Up was a combination of self-driving car with a passenger drone and was first shown last year at Drone Week in Amsterdam.

Audi now says Pop.Up Next was a research project and will not be its first series product.

“We assume that it will take a very long time before such an air taxi in which passengers can travel without changing modes of transport can be produced in series,” said Audi.

Last week, Porsche, a member of the Volkswagen group along with Audi, signed a deal with Boeing to jointly work on future “premium personal urban air mobility vehicles.”

Meanwhile, Audi says it is “working on a realignment of our urban air mobility activities and have not yet made a decision on possible future products.”