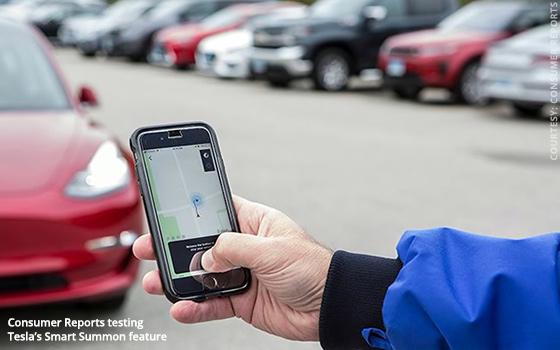 A feature allowing some Tesla owners to use a smartphone to summon their car to come pick them up has been called “glitchy” by Consumer Reports.

After testing the feature over several days including in parking lots, the publication said consumers are not getting fully tested, consumer-ready technology, after paying $6,000 for the feature.

“What consumers are really getting is the chance to participate in a kind of science experiment,” states Jake Fisher, CR’s senior director of auto testing. “This is a work in progress.”

CR found that Smart Summon can exit a parking space, turn and start moving to the owner, navigate around stationary objects and detect and stop for pedestrians.

However, it also found that the system, designed to work only in private parking lots, “works only intermittently, depending on the car’s readings of the surroundings.”

The CR report stated that the researchers repeatedly asked for Tesla for comment but received no response.