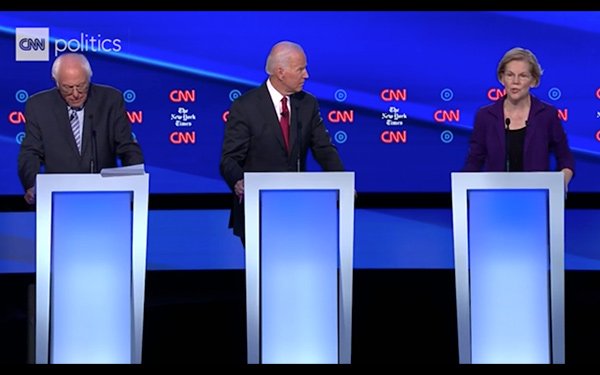 The fourth Democratic presidential debate on Tuesday on CNN took in a slightly lower Nielsen-measured 8.3 million TV viewers compared to an earlier debate on the cable network -- but saw a tripling of live streams to 9.2 million.

CNN's TV results were lower than the third Democratic presidential debate in September, which aired on ABC and took in 14.1 million Nielsen viewers.

The first debate on NBC networks -- airing on NBC, MSNBC and Telemundo in June and also a two-night event -- scored a total of 15.3 million viewers for the first night and 18.1 million for the second.

NBC averaged 9 million live streams for each of the nights.