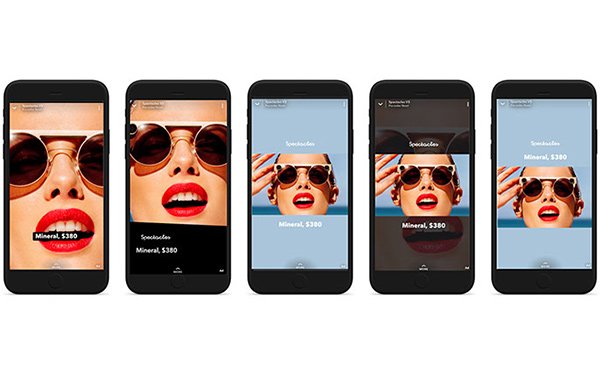 Appealing to retail, ecommerce, and direct-to-consumer brands, Snap Inc. just launched Dynamic Ads, which can be automatically created in real-time based on a brand’s product catalog.

Potentially containing hundreds of thousands of products, the new unit can also be tailored based on users’ interests and delivered through a range of templates.

Snap took the launch of the new ad unit to tout its enviable user demographics.

“More than 75% of the 13-34 year-old U.S. population is active on Snapchat, and daily Snapchat users open the app over 20 times each day,” according to Gambarell.

Citing commissioned research conducted by App Annie, Snap also says 38% of its users (ages 16 and older) can’t be reached on Instagram on a daily basis, followed by 49% on Facebook.

Still in open beta testing, marketers can only use Dynamic Ads to reach U.S. audiences at the moment. However, Snap plans to roll out the product globally with a matter of months.

After an prolong rough patch, Snap recently regained its footing. The company reported better-than-expected earnings and user growth for the quarter ended June 30.

Revenue rose 48% to $388 million year-over-year, with a gross margin of 46% -- a substantial improvement over the 30% reported the prior year. It posted a loss of 6 cents per share, versus an expected loss of 10 cents per share.

Snap is expected to release its third-quarter earnings report on October 22.