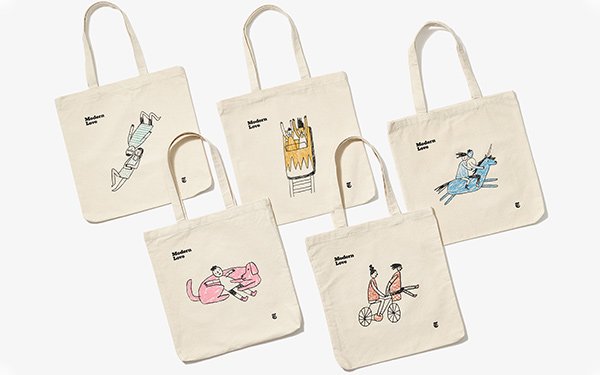 The New York Times has unveiled a merchandise collection for its “Modern Love” column, as well as the premiere of a TV anthology series of the same name on Amazon Prime Video.

This month marks the 15th anniversary of Modern Love column, which covers an array of topics, from relationships to loss to redemption. All the essays are based on true stories.

All of the products are printed by vendors based in Brooklyn.

The column — one of the Times' most popular — expanded to a podcast four years ago.

The eight-episode TV series premieres today, with guest stars including Anne Hathaway, Catherine Keener, Dev Patel and Tina Fey. The show adapts, in Vanity Fair's words, "a survey of love in New York into a sightseeing tour of the city’s most affluent neighborhoods."