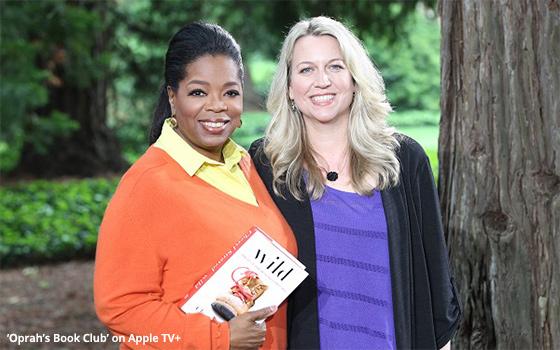 Next week, a non-television company that also happens to be the world’s most valuable corporation will quietly enter the subscription streaming wars.

Why characterize Apple’s foray into SVOD as “quiet”? Because compared to others -- most notably Disney, whose Disney+ streaming service is set to debut with great fanfare on Nov. 12 -- Apple is tiptoeing into this new venture with only 11 shows -- all of them original.

Apple's service -- called Apple TV+ -- will launch Nov. 1 with none of the tonnage of sure-fire owned and licensed content that characterizes the other big streamers -- Netflix, Hulu, Amazon Prime Video, Disney+ and, next year, Comcast/NBCU’s Peacock and WarnerMedia’s HBO Max

Another thing Apple TV+ will do differently: Offer the lowest subscription price in the industry -- $4.99 a month.

For this, subscribers will get access to a handful of new originals, plus Oprah Winfrey and her book club. One story in the business press published in the past week scoffed at Apple's offerings.

“The $5-a-month Apple TV+ service looks less like a big Hollywood play than an effort to goose hardware sales and expand future bundling power,” wrote journalist Jack Hough on Barrons.com. “Disney is spending $120 million to make one season of a ‘Star Wars’ spinoff called ‘The Mandalorian’ [to be offered exclusively on Disney+] whereas Apple TV+ will have Oprah Winfrey talking about books once every two months.”

To be fair (at least a little), Apple TV+ will have more than just Oprah and her book recommendations. Of its other shows, the one getting the most promotional support is its drama series about a fictional network morning show starring Jennifer Aniston, Reese Witherspoon and Steve Carell.

This show is titled “The Morning Show.” And even though it figures to be not unlike a dozen or more shows and movies that have been seen before about fictional morning or late-night TV shows, the show’s three stars are getting the last-name-only treatment in bus stop and subway billboards all over New York City --  “Carell,” “Aniston,” “Witherspoon.”

Judging by a trailer for the show on the Apple TV+ web site, “The Morning Show” will pit a veteran host (Aniston) against a younger newcomer who may have designs on the Aniston character's job.

Note that Aniston is 50 and Witherspoon is 43 -- just seven years apart. Usually in stories like this, the age difference is much more pronounced. For his part, Carell apparently plays the Aniston character's long-time co-host who is suddenly fired for reasons not revealed in the trailer. Some have speculated the character is based, at least broadly, on Matt Lauer.

The trailer seems to give the show a decidedly feminist slant as the Aniston character is seen in one scene declaring in no uncertain terms to a room full of men that, from now on, what she says goes.

Elsewhere on the Apple TV+ landing page, we discover “Dickinson,” a 21st-century take on the 19th-century poet Emily Dickinson, with the Dickinson character portrayed like a feisty teen circa 2019. The only thing missing is her iPhone.

History is also revised and rewritten in another Apple TV+ series called “For All Mankind,” in which the Soviet Union lands the first men on the moon in the 1960s, and President Nixon then orders NASA to put Americans on the moon as soon as possible. In this alternative universe, Nixon demands that these Americans be women.

Space would appear to be a final frontier for Apple TV+. Not only are women racing to the moon in “For All Mankind,” but none other than Snoopy will be seen gamely trying to become an astronaut in the animated feature called “Snoopy In Space.”

There are a few other titles too on this Apple TV+ webpage, which all are free to visit at any time. And before anyone says “Good grief” over the prospect of Snoopy in space, just remember: A monthly subscription to Apple TV+ will cost only peanuts.