Study: Shoppers Need Product Info About 'Jobs To Be Done' 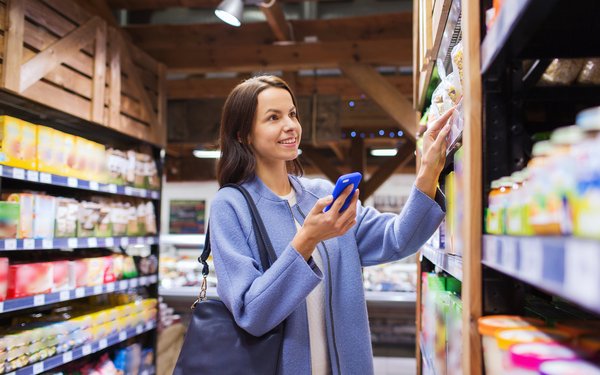 Shopping for consumer packaged goods seems like a relatively straightforward process, even in a digital world.

But new research from the PRS In Vivo marketing consultancy has a new take on the subject that suggests  CPG marketers need to make sure their online information is immediately useful to in-store and digital shoppers.

That’s in part because even big retailers don’t do much to educate their customers about the brands on the shelves, and because brands don’t always recognize what their would-be consumers are really looking for.

“It used to be, once you were in the store, the marketer’s job was done,” says Alex Hunt, PRS In Vivo's CEO. Now, he says, that’s when the job really kicks into high gear.

Not only do marketers need to be aware of straightforward purchase decisions -- but also ones that seem harder to understand, information that PRS In Vivo’s newly introduced Omni Channel Path-to-Purchase behavioral research attempts to decipher.

PRS In Vivo says by way of an example, it identified search terms used by consumers who Googled “How to make meatloaf,” which led them to recipes incorporating Hellmann’s Mayonnaise, certainly not a top-of-mind ingredient for typical meatloaf recipes.

“Conversion to purchase is often influenced by engagement that anticipates ‘jobs to be done’ in the most oblique ways,”  the PRS report  says.  For example, it notes, “‘How to clean mussels’  was a search term which led consumers to a page on a Knorr website, walking would-be chefs through the secrets to de-bearding these shellfish favorites and appending a recipe including Knorr bouillon cubes as a key ingredient.”

(Christensen’s JTBD example was far more oblique. He tells the story of how McDonald’s discovered a ridiculously high percentage of its milkshakes were sold in the early morning  to motorists making lengthy commutes because they needed a long-lasting snack.)

About 70% of U.S. shoppers buy at brick-and-mortar stores and also online, and 81% of them depend on digital research, says PRS. Even when they are physically shopping in a store, 35% try to “validate” their choice by checking for information on mobile devices. In many cases, they’re checking to see the product they’re poised to buy will be successful at completing the JTBD.

“Hair-care products are really a challenge for marketers,” says Susan Casserly Griffin, who worked on the report for PRS In Vivo, explaining the myriad reasons consumers shop for those products. The same is true with skin-care products.

A less obvious category is soft drinks.  “There are two major challenges for brands,” she says.  “One is how to reach the fragmented consumer, and the other is making sure they have the right product.”  (Hence, perhaps, the myriad versions of Coke out there.)

Indeed, she says, “The lesson of this study is that, if you have the wrong product to sell the consumer, they will quickly remove you from consideration as they look for their job to be done.”

cpg, research
1 comment about "Study: Shoppers Need Product Info About 'Jobs To Be Done'".
Check to receive email when comments are posted.
Next story loading