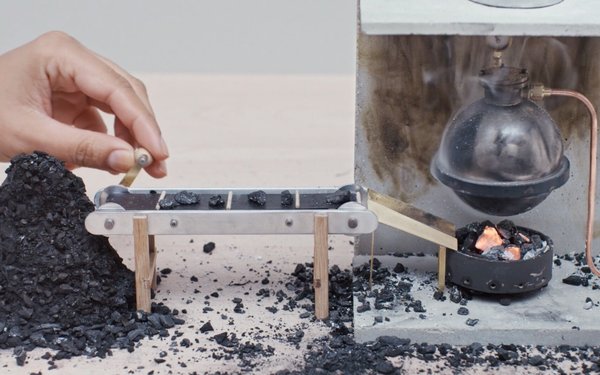 The company isn't starting entirely from scratch. The primary messaging about ExxonMobil's energy innovations remains consistent across all age groups, but now, "Miniature Science" is a more-visual series of working demonstrations of these concepts.

Younger viewers are visual learners and appreciate design, explains an agency representative. "They refuse to be sold to."

Above all, Gen Z strongly embrace authenticity, so BBDO made sure there is no CGI or camera trickery involved with the content. Each miniature demonstration captured on film is real and scientifically accurate.

The digital and social campaign consists of four short films and teaser executions that drive to the films, which live on YouTube in a dedicated playlist. The campaign also appears on ExxonMobil YouTube as well as Snapchat, Instagram, Facebook and via a partnership with Awesomeness TV.