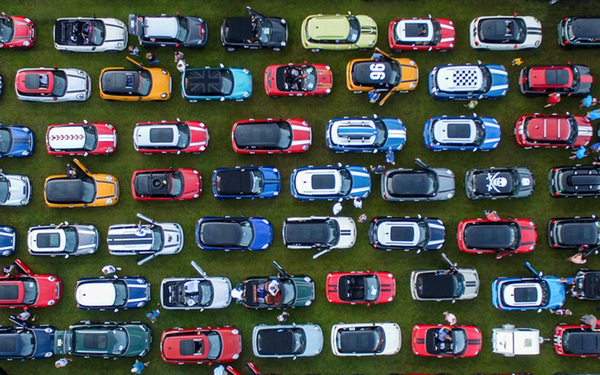 Mini Takes The States 2018 attracted more than 3,600 owners who took part in the Rally to the Rockies, with 1,000-plus vehicles on the road each day.

Two groups drove on two separate routes, one starting in Orlando, Fla., and the other in Portland, Ore., converging in Keystone, Colo., for a three-day festival of all things Mini.

The automaker created a 5 1/2 minute video commemorating the 2018 event.

Next year’s rally will take place from July 18 to 26, with a route to be announced at a later date.

The automaker has already created a website for the event, which includes a countdown clock.

The gathering will include "passionate motorers, dedicated 'miniacs' and good friends,” Peyton says in a release.

The event benefits a number of charities, including Best Friends Animal Society and Feeding America. A charity partner for MTTS 2020 will be announced at a later date.

The 2020 event will be run by Mini USA marketing and will be supported by the event agency Team Enterprises, according to a spokesperson. The rally has run every other summer since the inaugural rally in 2006, when it was developed by The Creative Group along with the Mini marketing team.