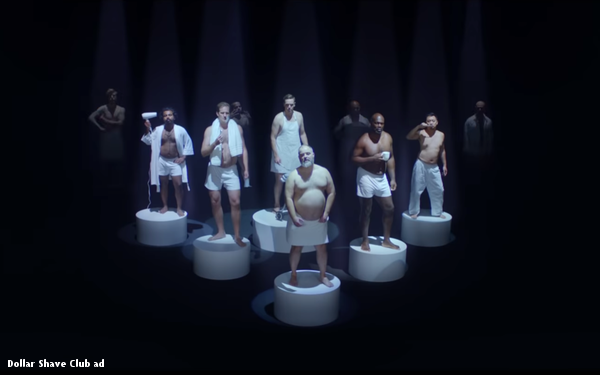 As a cranky consumer, I like to know what to expect. So when a digital company asks me to subscribe with the promise of “surprising” me every month, I’m leery. I suspect they want to stick me with the ugliest lipstick shades — or weird Easter candy nobody else wanted.

I’m especially on guard when that company says something like, “We’ll choose for you because our algorithms know you better than you know yourself.” I’m pretty sure what that really means is “We’re about to send you a box that’s roughly 35% crap.” I speak from bitter D2C experience.

That’s why it was fun to talk with Jon Dore, vice president and founding partner of Reach3 Insights, about some of its research on subscription boxes.

The key finding? Most people do like surprises. Despite the obvious functional benefits and convenience many of these subscriptions provide, “it really is still an emotional purchase. And that emotion — surprise — matters more than the pragmatic ones,” he says.

Dore says the research verifies that the moment of unboxing is genuinely exciting, even if consumers don’t take to YouTube to share about it. “People like that they don’t know what will be in there,” he says.

And even in cases where consumers pretty much do know what they’ll be getting —  as with Dollar Shave Club — “there’s still a lot in the presentation.”

Reach3, which used chat-based conversations rather than long-form email, fielded the research because many of its retail clients are either entering the subscription market or thinking about it.

Subscribers say the idea of getting something fun and new is the main reason they sign up, with price and convenience less important. Still, 51% say they worry these subscriptions cost too much.

They’re skittish, too, with 52% saying they’re not interested in a long-term commitment. And half of the respondents are — just like me — worried they’ll get stuck with products they don’t really want.

Dore says that that for D2C companies, the big takeaway is that consumers want more flexible terms, easy returns and the chance to cancel whenever they want.

For traditional brands, the challenge is finding ways to introduce subscription products with plenty of personalization and surprise, as Disney, Nike and Walmart have done.

Of course, there’s the churn problem. Meal kits continue to be the most popular category in the ecommerce subscription industry, with 48% of respondents saying it would be a good fit for a subscription service.

Yet it’s a struggling category. Blue Apron, for example, a brand frequently mentioned in Reach3 research, continues to be a hot mess, losing so many customers each quarter that it’s considered one of the worst public offerings in the last decade.

Dore says churn is worse for brands that skimp on personalization. “The novelty wears off, and expectations increase.”

And he says companies can also use consumer skepticism to their advantage. “Consumers almost expect that you’ll try and trick them. That leads to a huge opportunity to prove you are trying to be transparent.”