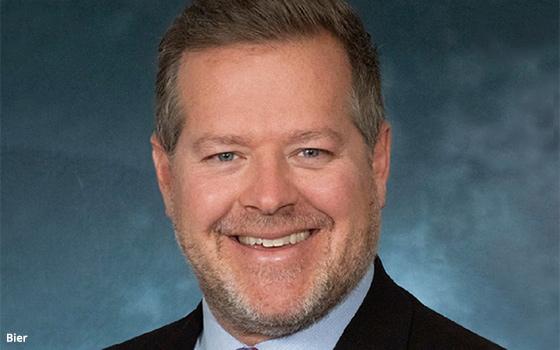 Bier comes to ALC with more than a decade of experience in advertising. The Interactive Advertising Bureau named Bier a Data Rock Star in 2017. He most recently served as chief data and privacy officer for Engine Group, where he led the data partnership with LiveRamp. He served as the chief privacy offer at Conversant, formerly ValueClick, and the general council and chief privacy officer at Dotomi.

Bier also served as partner in the law firm Bier & Gutstein. Throughout his career, he drove $3 billion in mergers and acquisitions and assisted in the development of more than eighteen utility patents.

“I’ve been interested in building a version of the internet that does well by consumers, treating them fairly,” Bier said, expanding on how he helped to create technology that uses Amber Alerts and advertising inventory to save lives through the non-profit he created called Federation for Internet Alerts.

The Federation for Internet Alerts uses online advertising inventory to save lives. When law enforcement issues an Amber Alert, the information is passed on into a creative, including details about the child and abductor. Using advertising inventory, the alert is geo-targeted into phones, tablet and computers where the child was last seen. The same technology is used in life-threatening weather emergencies.

“We started in 2011 doing about 40 million impressions, and now were up to about 4 billion in 2019,” he said. “We formed a non-profit and now we work with AT&T Xander and Amazon Web Services that contribute to the technology. The alerts are now seen in more than 31 countries.”

Now through ALC, Bier plans to extend his work on securing privacy for consumers across a free and open internet.

Bier’s global responsibilities at the ALC seem incredibly daunting when considering the complexity of privacy and general counsel. Although the first hired at the company in his field, he has outside council helping him to support the company and better understand privacy regulations, focusing today on GDPR and CCPA.

“For just privacy alone across the world you’re seeing GDPR and the complexities in the U.S. of about 16 or 17 different states like California and Nevada that either have laws or are considering laws,” he said, acknowledging that he will add people to the team.

Bier always wanted work in a legal capacity. "I used to watch shows, mostly in college, like 'Law & Order'," he said. “But did I ever think I’d be a chief privacy officer? No, I didn’t. I always had a vision of doing something good and remarkable, and I think chief privacy officer fits that.”

He said people forget there are those who tirelessly work to secure consent and provide free content as a benefit to consumers.

When asked to describe the best piece of advice anyone gave him and who offered it, Bier did not hesitate. John Giuliani, at the time was CEO of a start-up in Israel. Giuliani asked Bier whether he would rather be a part of an A team working on a B idea or part of a B team working on an A idea?

"I said I'd rather be on an A team working on a B idea," Bier said. “He said you’re hired. His lesson to me was the A team is more important to the success of the company. It’s not really the project, but the team. And that’s what I saw at ALC. I saw an A team to work with.”