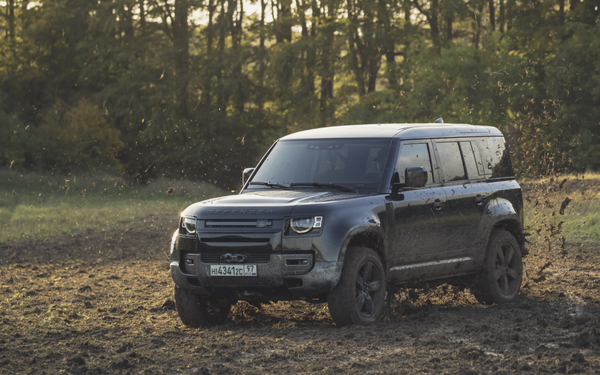 Jaguar Land Rover confirmed that the New Defender 110 will make its motion picture debut in the latest James Bond film, "No Time To Die."

Car and Driver first reported in August that the vehicle had been spotted on the set of the movie, which will hit theaters in April.

The automaker's partnership with EON Productions on the Bond films began in 1983 when a Range Rover convertible appeared in "Octopussy."

Land Rover’s design team worked closely with Special Effects and Action Vehicles Supervisor Chris Corbould on the specification of the Defender vehicles in the film. Based on the Defender X model in Santorini Black, with darkened skid pans, 20in dark finish wheels and professional off-road tires, they were the first Defender vehicles to be built at Jaguar Land Rover’s new production facility in Nitra, Slovakia.

The production version of the Land Rover Defender will make global debut at a media preview Nov. 19 in Los Angeles and then will be on display at the 2019 Los Angeles International Auto Show Nov. 20 through Dec. 1.