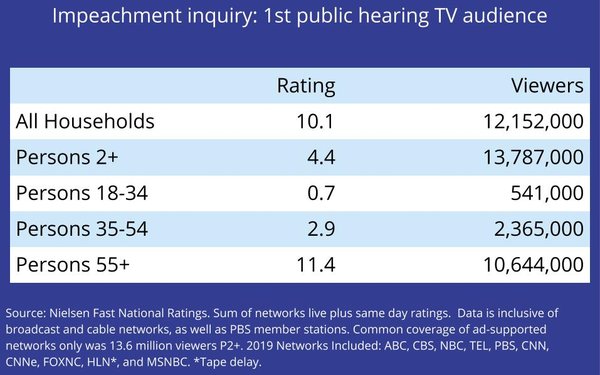 The first public hearing of the 2019 Presidential Impeachment Inquiry generated an estimated 13.8 million people, according to a Nielsen analysis of its "fast national" ratings for the measured networks that televised it on Wednesday.

The estimate represents the aggregate audience for coverage of the testimony by U.S. diplomats Bill Taylor and George Kent from 10 a.m. and 4 p.m. ET, although actual coverage times varied by network, and were either live or tape delayed.
The second day of public hearings will take place Friday.