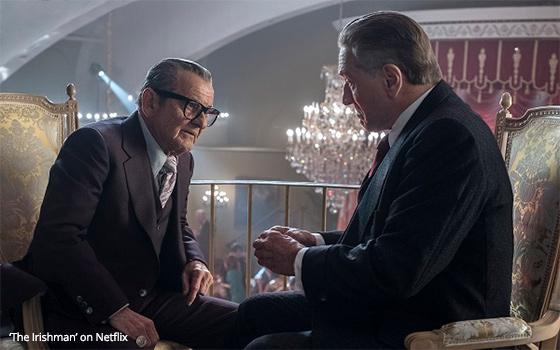 First, let's get the bad news out of the way (although this is just one person's opinion): Martin Scorsese's new gangster movie “The Irishman” is a three-and-a-half hour mess.

movies, television
1 comment about "Why Watching 'The Irishman' At Home Is Better Than In A Theater".
Check to receive email when comments are posted.
Next story loading