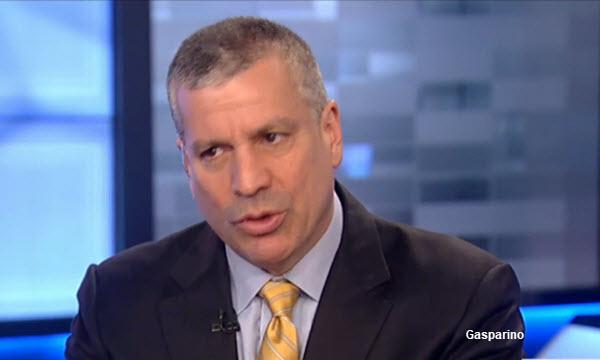 Cost reductions -- usually achieved through layoffs as well as operational integrations -- are the rule in mergers, and ViacomCBS will be no exception, asserts one business reporter.

Given that investors expect the merger to produce $500 million in cost reductions via “synergies,” the new management team in place under ViacomCBS CEO Bob Bakish will begin drawing up a layoff plan soon after the close, and “layoffs will probably begin shortly,” Fox Business Network’s Charlie Gasparino asserted in an segment on the channel yesterday.

Once layoffs and cost cuts have been achieved -- possibly as early as late 2020 -- management will turn to deciding whether or not to sell the new entity, he believes.

“Do they stay together or do they shop themselves? If you talk to anyone at the company, shopping themselves is clearly on the agenda -- but it’s not something that’s going to happen tomorrow,” Gasparino added.

Why sell? The “conventional theory” is that in the current media landscape, companies that are much smaller than the “the big companies that control media now, which have market caps of $500 million to $1 trillion, if you consider Amazon a media company,” will struggle to compete, he said. “That’s why it’s hard to be a standalone player,” he added.

ViacomCBS, with a market cap of about $26 billion, would be at a disadvantage -- and therefore looking to sell once it has been streamlined, according to this theory.

As for potential buyers, if ViacomCBS decides to put itself on the block, he thinks big tech players are the most likely candidates -- although antitrust/monopoly issues could interfere in such a scenario.

He also opined that Disney would seem an unlikely candidate for another big acquisition move, because it only this year completed the acquisition of 21st Century Fox from the Murdochs.