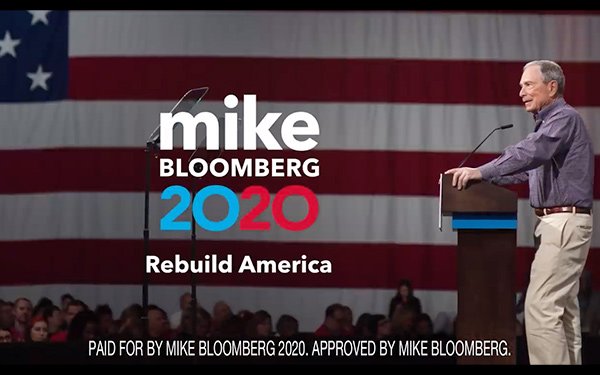 Since announcing his run for President almost two weeks ago, Michael Bloomberg's 2020 campaign has placed around $7.1 million in TV commercials of the intended $37 million that the campaign announced it would be spending.

Four different creative advertising spots with 297 national/regional airings of commercials have aired since Nov. 23, according to iSpot.tv, earning 536 million impressions.

But Bloomberg is not the biggest spender over the period. That would be Democratic Presidential contender Tom Steyer.