Peloton Goes For A Ride, TV-Style 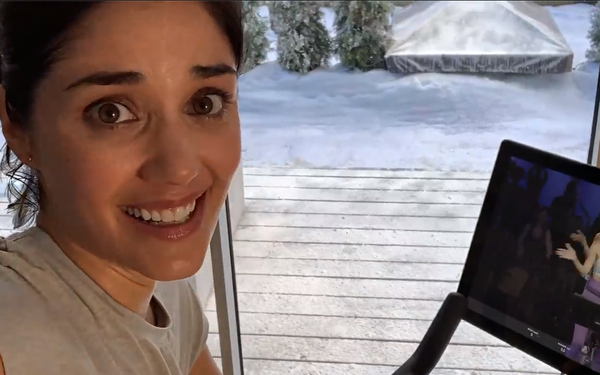 Do you know how to ride a bike? How about watching TV while riding a bike? That’s not much of a challenge, perhaps a comforting lure.

Peloton's recent TV commercial shows a slim, attractive wife getting a $2,200 Peloton-branded stationary bike from her husband -- who then goes on to nervously take her first classes. Social media has pretty much derided and mocked the commercial -- with alleged concerns over sexism and elitism.

Beyond the cultural tangents, some might ask the obvious: Can average consumers afford to spend $2,000 on a bike that can’t be used to ride around the block? (In the past, those same consumers might have had no problem spending $2,000 or more on a high end 4KTV -- even tougher to take for a stroll around the corner!)

Previous to this commercial -- which started in early November -- Peloton touted a different, more accessible pricing: a $58/month financing deal for the bike, on top of a $39/month price tag for the streaming subscription for live and VOD classes.

When I interviewed John Foley, CEO of Peloton a few years ago, I expressed concern about the $2,200-plus bike price tag -- which compares to the minimum a somewhat serious road cyclist can spend on a high-end bike you ride outside.

Foley says the bike’s interactive tablet screen -- where, among other things, you can see, with a number of metrics, how you are riding versus others -- makes for an “immersive experience.” There is no doubt a “community” element here, as well.

He added you could always put a cheap stationary bike in front of one’s tablet, connected TV screen, or other device and just view the live streaming or on-demand classes -- an inexpensive way to go.

In large part, that is why Peloton has devoted followers. More so, recently. It dropped its plain-Jane monthly digital streaming membership -- where you don’t need a Peloton bike or treadmill, to $12.99/month. Perhaps that price tag will be part of the next TV commercial for Peloton.

Also, maybe the next generation of Peloton bikes will allow those machines to be used outside. You know, fresh air, wind at your back -- and big non-digital climbs up the road.