Making It To The Inbox: A Story About Deliverability 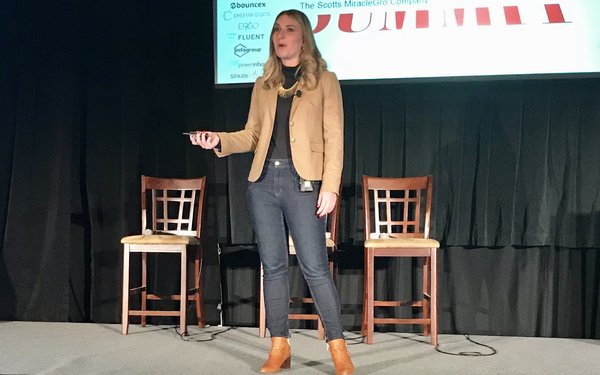 Talk about rock bottom! And such a nice brand, too.

Amanda Scarnechia, manager of CRM and consumer data at Scott's Miracle-Gro Company, told Wednesday's Email Marketing Insider Summit how the company got blacklisted from sending email and about the long climb back to respectability.

In 2017, the brand switched CRM platforms. The new one took a year to pull data into its platform and when it was done, Scarnechia was new to the company. She saw that there were a million floating consumers who were not in the new CRM system but was assured things were fine.

Then, a month later, open rates plunged to 3 or 5% with a 15% hard-bounce rate. She and her team spent the next month -- fortunately November, which was off-season for the brand -- rewarming the IP. In December, it sent a higher volume of email out and the OR was back down to 3%. That new CRM platform said they'd been blacklisted.

Having one shared domain at Scott's, with six subdomains proved to be their downfall since one brand, Ortho, had ground down all the brands.

The good news, she said, is a new troubleshooting process that she and her team developed if OR plummets: check to see if you have been blacklisted, rewarm your IP slowly, clean your subscriber list, check your DMARC records and, finally, find a deliverability expert.

It took Scott's six month to regain its email positive reputation and, by April, things were looking up. Scarnechia says that it turns out that 70% of that list of a million email addresses were cut and OR was back up.

Now, she said, she has learned to send only to the most active and engaged consumers. The CRM platform automatically ousts an address after a hard bounce and after three soft bounces. "Be proactive by testing," she advises. "Make sure the unsubscribe link works."

Bottom line, she said: "If you don't make it to the inbox, nothing else matters."