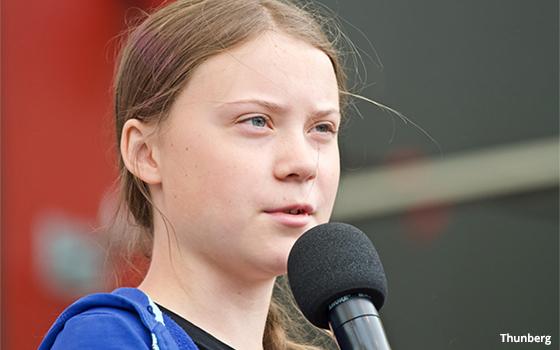 Climate-change activist Greta Thunberg is having a banner year.

The teenager chastised world leaders at the United Nations Climate Action Summit, Time named her Person of the Year, and now Hulu is scheduled an upcoming documentary about her.

The 16-year-old Swede is the subject of an original doc, with the working title “Greta,” reports Deadline. It’s slated to premiere on the Disney-owned streamer in 2020.

Her message went viral, and Thunberg’s warnings about climate change became part of a global discussion and large-scale international protests.

Thunberg counts Michelle Obama and Leonardo DiCaprio among her supporters. On Dec. 14, she was featured in the “Saturday Night Live” opening, played by Kate McKinnon.

The Hulu doc will be produced by Cecilia Nessen and Frederik Heinig via B-Reel Films and directed by Nathan Grossman.

Other Hulu docs include "Hillary," "Ask Dr. Ruth" and "Minding The Gap."