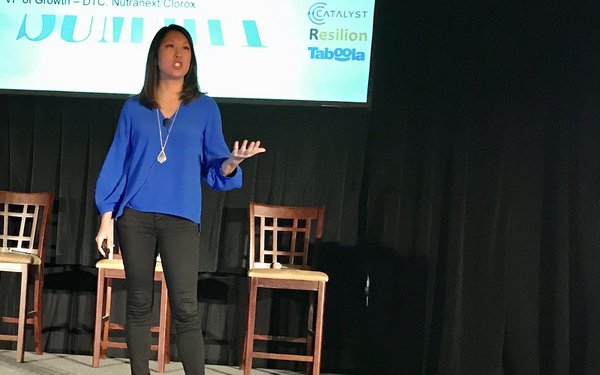 When Clorox bought Nutranext, it didn't set out to absorb the multivitamin and supplements marketers into its CPG-ness but instead let it continue on its D2C path.

Vivian Chang, vice president of growth, DTC, Nutranext/Clorox, gave a great account of how this played out at our Search & Performance Insider Summit on Friday. The new brand is geared to Gen X -- "taking care of you so you can take care of everyone else." From soup to nuts, she said, it was built from the ground up.

It comes with a shift in mentality. Chang said a lot is open for price testing, which is very different from the CPG world. "Rather than so much front-end research, we want to get something out there, to be agile." She acknowledged that "it should be uncomfortable. Perfect is the enemy of good."

Speed is key. Instead of the typical nine months to the marketing stage, Nutranext does it in four. "There are no sacred cows. We expect to change a lot of it. It's the key to getting data from people engaging with the site. It's qualitative data, consumer surveys. We're hoovering it all in."