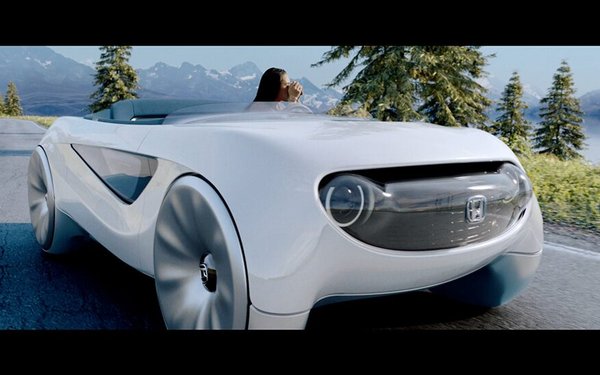 At CES each year, major automakers typically make a big splash, showcasing what they have in mind for their cars somewhere down the road.

At the upcoming January show, Honda plans to show its augmented driving concept, with a spotlight on a reinvented steering wheel.

Patting the steering wheel twice starts the vehicle, pushing it makes it accelerate, and pulling it slows the vehicle. The driving system changes between manual and automatic mode with a switch and features more than eight modes between fully autonomous and semi-autonomous operation.

“In the autonomous future, Honda believes that customers will be able to enjoy mobility in new ways when freed from the responsibility of driving,” states the announcement. “At the same time, customers may still want to experience the emotion and thrill of driving.”

Sensors in the vehicle would continuously read the driver’s intention to shift between modes, according to Honda.

The reality of such a vehicle is hardly around the corner, with the Honda CES preview exhibit forecasting for the year 2035 and beyond.

For now, normal, traditional cars will continue to be marketed and sold and concept cars will remain just that.