ViacomCBS To Take Equity Stake In Miramax, Building On Its Film Library 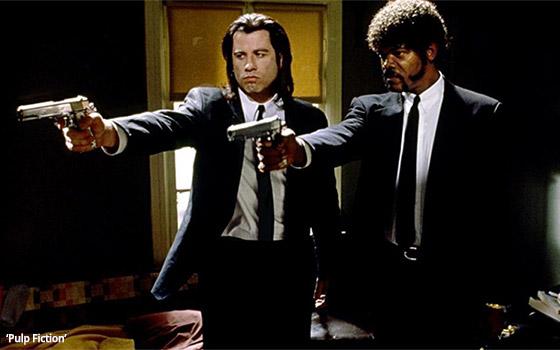 Looking to build on its new corporate merger with CBS, the new ViacomCBS, building on its film library, has made an equity deal to acquire 49% in Miramax from beIN Media Group.

The deal is valued at $375 million -- an upfront cash payment of about $150 million, along with a commitment to invest $45 million annually over the next five years, or $225 million.

The 700-title library includes movies such as “Pulp Fiction,” “Shakespeare In Love,” “The English Patient” and “No Country For Old Men.” This adds to ViacomCBS Paramount Pictures library which has a library of 3,600 films.

The company says this Miramax investment “will create synergies and other valuable opportunities through both new production and co-financing opportunities in film and TV.”

In January of this year, Viacom bought advertising-supported streaming service Pluto TV for $340 million. Pluto has around 20 million active users.

Before the ViacomCBS deal closed earlier this month, Viacom and CBS said they would explore new acquisition moves the new company might make. Christina Spade, CBS’s chief financial officer, said the company would look at deals to help its “direct-to-consumer growth and strengthen our international footprint.”