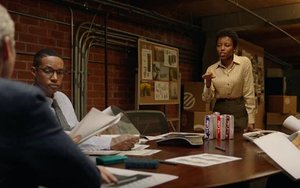 If chronicling the most-read stories of 2019 about beverages, food and restaurants was a competition among those categories, beverages would win hands down.

During the first six months, when my predecessor Karlene Lukovitz was writing about these categories, they were a bit more evenly represented in terms of top readership.

Her best-read story showcased the minute-to-minute inanity that social media provides to the world, after some innocent soul in the Midwest tweeted a photo of bagels sliced vertically, like a loaf of bread, instead of horizontally. Naturally, all hell broke loose in the ensuing online cultural criticism—a silly saga that ended up being dubbed #Bagelgate. Panera Bread was dragged along because the tweeter’s (allegedly) improperly sliced bagel was purchased at St. Louis Bread Co.—the name Panera goes by in that market.

The No. 2 story explained how Ferrero did an ingredient and brand refresh for Butterfinger, along with a campaign titled “Better Butterfinger” featuring a yellow alien determined to eat one of the candy bars. The iconic chocolate/peanut concoction was not quite 100 years old at the time.

Story No. 3 focused on customer loyalty programs from Burger King—whose subscription plan provides one cup of coffee daily for $5 monthly—and Chipotle Mexican Grill. The latter quick-serve restaurant was one of the first brands to use Venmo payments to engage with its patrons, in a program that offered the chance to win between $1 and $500.

The fourth and fifth best-read stories of the first half involved beverages. Diet Coke uncapped a continuation of its “Because I Can” campaign—which featured everyday people as opposed to celebrities. In a similar vein, Heineken chose the name “Now You Can” to accompany the U.S. debut of its 0.0 non-alcohol beer. In one ad, a man is pulled over by police while drinking a bottle of 0.0.

In the last six months, three of the five best-read stories had to do with beverages, led by the launch of PepsiCo’s PepCoin loyalty program, which sends cash rewards to members’ PayPal or Venmo accounts.

On a less positive note for PepsiCo, most-read story No. 2 bore the headline "Amid Rise of Energy Drinks, PepsiCo Ponders What To Do With Mountain Dew." More to come on that subject for sure in 2020.

Also emanating from the energy drink wars, story No. 3 detailed a branding dispute between Monster Beverage Corp. and its minority owner, Coca-Cola Co., which had decided to launch Coca-Cola Energy instead of giving the beverage Monster branding. The story also addressed the second lawsuit against Monster by competitor Bang, alleging false advertising and trademark infringement.

No. 4 on the list of second-half 2019 winners was a story about a new campaign from refrigerated side-dish leader Bob Evans Farms titled “Love At First Bite.” It features television personalities Jerry O’Connell and Alfonso Ribeiro in comedic spots depicting busy dads and the different ways they prepare for dinner—or not.

The fifth-best story in terms of readership was published Nov. 30 just after the Food and Drug Administration significantly ramped up its warnings about the potential health hazards of CBD infused into food, beverages and other products. If anyone can point to something weirder in the consumer packaged-goods space than the explosion of products containing a substance the FDA says can mess you up pretty badly, I’m all ears.