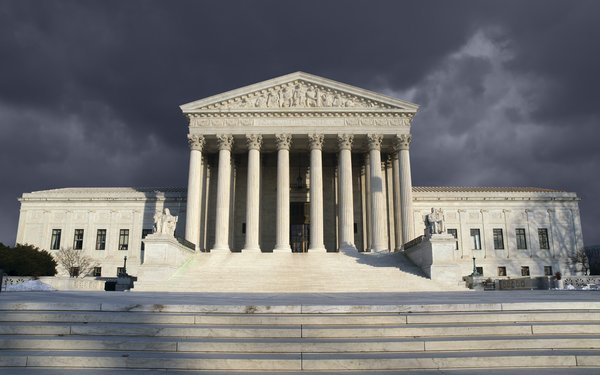 Victims of terrorist attacks in Israel want the Supreme Court to revive a lawsuit accusing Facebook of allowing its platform to be used by members of Hamas to communicate, organize and recruit new members.

The case was previously dismissed by a trial judge who ruled that Facebook was immune from liability for crimes committed by users.

In July, a divided panel of the 2nd Circuit Court of Appeals upheld that decision, ruling that Section 230 of the Communications Decency Act protects Facebook from liability for activity by users, including ones linked to terrorist groups.

Victims and their family members are now petitioning the Supreme Court to review the circuit court's ruling.

“The tragic circumstances of this case make all too clear that the practical implications of the questions presented are extraordinarily important,” lawyers for the victims write in a petition sent to the court last week. “Social media today reaches into the homes, offices and lives of billions of people, with potential for harm -- and good -- without parallel in human history.”

The request for review by the Supreme Court stems from a lawsuit brought by the estates and family members of four Americans killed by terrorist attacks in Israel (Stuart Force, Yaakov Naftali Fraenkel, Chaya Zissel Braun, Richard Lakin) and one survivor (Menachem Mendel Rivkin). All of the incidents occurred between 2014 and 2016.

The lawsuit is one of numerous cases brought by terrorist victims against social media companies. The victims have tended to argue that the web companies assist terrorists by giving them a communications platform, which they use to recruit people and plan attacks.

So far, the courts have ruled in favor of social media companies and dismissed the cases. In 2018, the 9th Circuit Court of Appeals sided with Twitter in a lawsuit brought by family members of men killed in a 2015 shooting in Amman, Jordan. In that case, the judges said there was no evidence that Twitter did anything to cause the shooting.

And in April, the 6th Circuit Court of Appeals refused to allow victims of the 2016 shooting at the Pulse nightclub in Orlando, Florida to proceed with a lawsuit against Google, Twitter and Facebook. The judges in that matter said there was no proof that the social media companies caused the shooting.

The lawyers representing Force and the other Hamas victims previously argued that Facebook's use of algorithms for recommendations -- which allegedly “helped introduce thousands of terrorists to one another, facilitating the development of global terror networks” -- should strip the company of immunity.

A majority of the 2nd Circuit appellate panel disagreed. They said websites typically recommend third-party content to users -- such as by prominently featuring it on a homepage, or displaying English-language articles to users who speak English.

“As is so often the case with new technologies, the very qualities that drive social media’s success -- its ease of use, open access, and ability to connect the world -- have also spawned its demons,” he wrote.

“Shielding internet companies that bring terrorists together using algorithms could leave dangerous activity unchecked,” he wrote. “Hamas is far from alone -- Hezbollah, Boko Haram, the Revolutionary Armed Forces of Colombia, and many other designated terrorist organizations use Facebook to recruit and rouse supporters.”