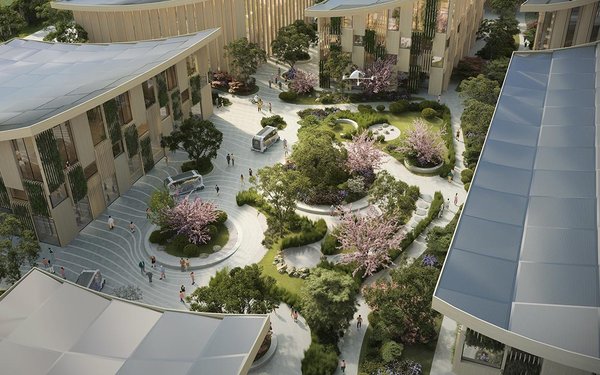 The Internet of Things can sometimes become a moving target, one Toyota continues to attempt to master.

At CES in 2018, Toyota president Akio Toyoda, the third generation of Toyoda leading the auto giant, detailed a major transformation Toyota was undergoing.

“My goal is to transform Toyota from a car company to a mobility company,” he said at the time.

At CES last year, Toyota shifted gears, with Toyoda saying the company was shifting its focus to assist drivers rather than replace them.

At CES this year, Toyota is again adjusting its focus, with Toyoda introducing a planned smart city to be built on a 175-acre site in Japan, at the base of Mt. Fuji.

The “Woven City” is part of the automaker’s transitions from a transportation company to a mobility company, as Toyoda defined previously.

At its booth at CES, Toyota displayed a circular theater for attendees to get an idea of the high-tech city when completed.

Buildings would be made mostly of wood made with robotic production methods and contain solar panels on the rooftops as well as use power generated by hydrogen fuel cells below.

Previous autonomous transportation products announced, including e-Palette, Micro-Palette and LQ, would be part of the smart city.

Though not mentioned in the CES presentation, Toyota still plans to keep making cars.