Executive Sentiment About Ad Industry Mostly Positive, But Getting Worse 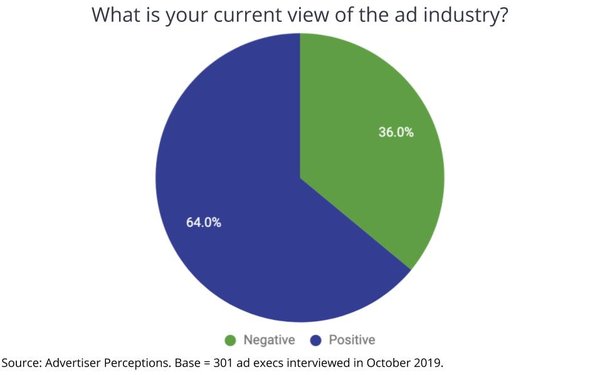 More than a third of industry executives say their view of the advertising and media business currently is "negative," and has grown worse in recent years, according to interviews with more than 300 advertisers and agency executives conducted by Advertiser Perceptions late last year for Research Intelligencer.

Detailed breaks on advertisers vs. agencies, as well as complete tabulations of the respondent data, can be accessed by subscribers in today's edition of Research Intelligencer, but the studies were conducted as part of a broader mission of benchmarking the industry's current sentiment about itself, as well as the major factors that contribute to it.

Watch for those findings, which will be published over the next few days. 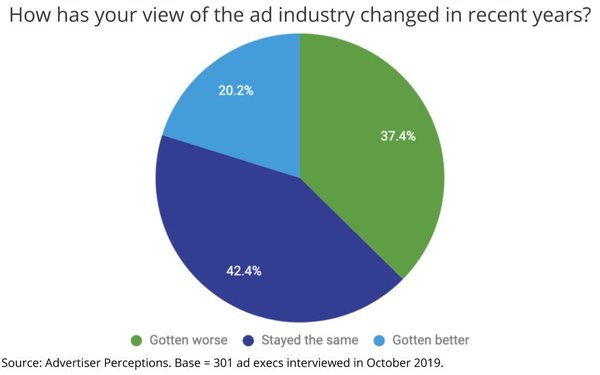