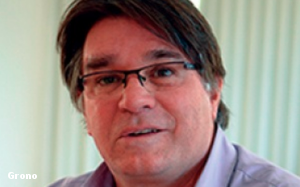 John Grono & Donna Andrews’ home in the Southern Highlands of New South Wales, Australia was completely destroyed in the raging fires affecting much of the southeastern regions, which is heart-wrenching.

As John wryly told me in reference to the recent MRC Cross Media Audience Measurement Standards, which included a recommendation on "duration weighting: "In looking at the months ahead THIS will be 'duration waiting'!" Through this ordeal, somehow John has not lost his sense of humor.

Those of you seeking insights into key issues regarding data's relevance to advertising or media effectiveness based on optimal research approaches and methodologies may have often read John’s comments in MediaPost publications.

The frequent interplay between John's positions on fundamental ad and media research principles or databases with those of Ed Papazian consistently offer insights to help build optimum media investments, notably in our ever more complex digital arenas within the media mix.

His comments including, … "eyes-on" (i.e. viewing rather than presence) should apply to TV, digital and OOH” among the multiple responses to Joe Mandese's stimulating article of Dec. 2, 2019, “Why The Ad Industry's Attention Finally Is Shifting To, Well, Attention," added another dimension to its attention measurement premise.

His prior career included long stints with Nielsen and Clemenger BBDO (Omnicom). His philosophy of “My sole objective is always to get more detailed, accurate and usable metrics that grease the wheels of business” ensures that his comments always offer a dose of pragmatism to observations on how best to address fundamental ad or media data puzzles of the day.

Donna Andrews' prominent career in TV and film production encouraged a work colleague of hers to set up a Go Fund Me to help get them back on their feet.

Insurance never covers everything, and many of John and Donna’s mementos and prized possessions are gone forever.

One stroke of luck is that they are already house sitting while they put the puzzle of their life back together. So do not imagine that John will not be commenting on the next big media data issue raised in MediaPost!

"Australia Shows US the Road to Hell."

The Media Research community has always come together to support our peers. I sincerely and respectfully hope that once again “we” can all come together to make John and Donna's road out of hell just a little easier and the duration of their waiting a little shorter.