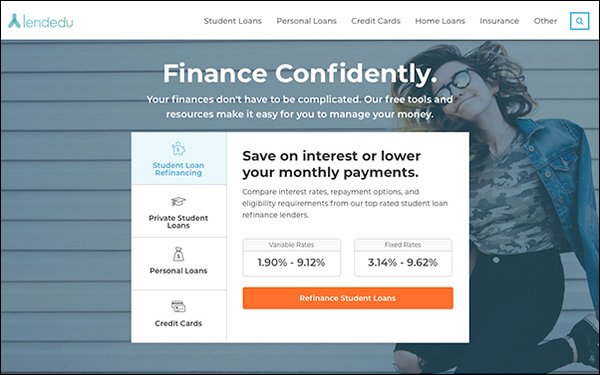 The online loan marketplace LendEDU, which allows consumers to compare offerings from purveyors of credit cards, mortgages and other financial services, has agreed to settle allegations that it duped consumers by charging companies for high ratings and favorable placement on its site.

“LendEDU told consumers that its financial product rankings were based on objective and unbiased information about the quality of the product being offered, but in fact LendEDU sold its rankings to the highest bidder,” Federal Trade Commission consumer protection chief Andrew Smith stated Monday.

The FTC alleged in an administrative complaint that LendEDU falsely represented its ratings are “completely objective” and based on criteria like interest rates, or benefits for borrowers. In fact, according to the FTC, LendEDU gave the best ratings and placement on its site to companies that paid.

“Contrary to their claims, respondents have provided financial services companies with higher numerical rankings or star ratings and higher positions on rate tables based on compensation,” the FTC said in its complaint.

For instance, a company executive allegedly asked a loan refinance company for $9.50 per click “to retake the number one ranking after falling to number three.”

LoanEDU officials later allegedly asked the same company to increase its payment to $16 per click, to maintain the top spot.

The FTC also alleged that LoanEDU posted fake reviews about its service on platforms operated by third parties, including trustpilot.com, and posted phony testimonials by nonexistent customers on its own site.

The agency says that 90% of 126 reviews on trustpilot.com were written by LendEDU employees or their family, friends, and associates. All of those reviews gave LendEDU five-star ratings.

LendEDU has agreed to pay $350,000 and to refrain from deceiving consumers in the future, the FTC said.

The company was also in the news last year, when The Chronicle of Higher Educationreported that LendEDU fabricated the fake expert “Drew Cloud,” who gave numerous interviews to news outlets about student loan refinancing. The Washington Post and The Boston Globe were among the news organizations to quote “Drew Cloud,” before the ruse was exposed.