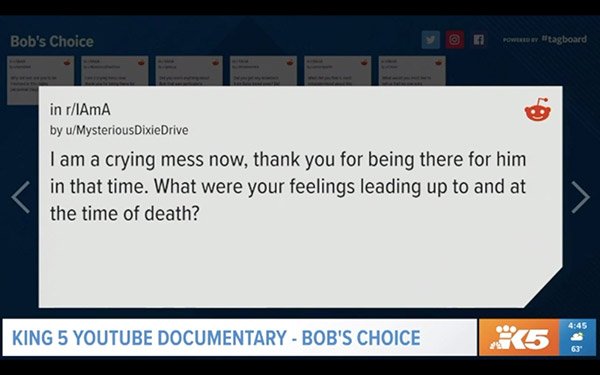 Beginning today, TV broadcasters now have a streamlined way to embed Reddit content, such as “Ask Me Anything” recaps and photoshop battles on networks like NFL Network and local broadcast stations.

Using Tagboard’s tools, such as its chrome extension, users can search social media to curate content and display it on broadcast, livestreams and web and mobile.

Broadcasters affiliated with Tagboard and TEGNA will be able to add Reddit posts in this way, as part of the partnership.

“Our partnership with Tagboard enables Reddit’s unique content to be credited and distributed by television networks around the world for on-air storytelling purposes,” stated Alexandra Riccomini, Reddit’s senior director of business development-media partnerships. “We anticipate this partnership will empower broadcasters to share Reddit content regularly, while also showcasing Reddit’s power of community and belonging.”

This partnership will help local broadcasters “stay attuned to the hyperlocal issues being discussed in their communities, and gives us the ability to develop news content that reflects the most topical online conversations and insights being shared by Redditors,” stated Adam Ostrow, Chief Digital Officer at TEGNA.