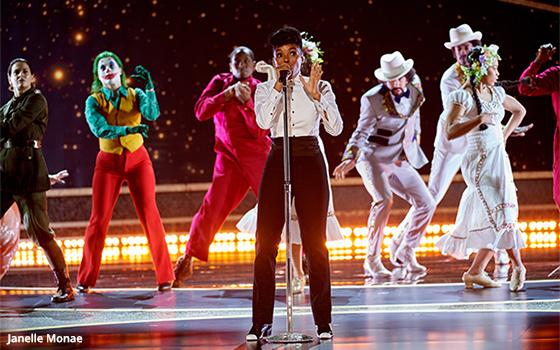 ABC’s "Academy Awards" on Sunday night averaged $1.98 million for a 30-second commercial, says TV advertising research company SQAD -- virtually the same as last year's pricing, according to other estimates. SQAD says the average unit cost for a 30-second ad ranged from $1,689,300 to $2,272,900.

At the same time, TV ratings declined steeply. Nielsen says preliminary results show the three-hour-plus no-host broadcast was down 20% to 23.6 million viewers -- setting a new record low. It was 29.6 million a year ago; a broadcast event that featured no host for the first time. The previous TV viewership low, in 2018, was 26.5 million viewers.

Kantar Media said the 2019 Oscars awards show pulled in a total of $126 million in national TV revenue -- the awards ceremony and red carpet show -- down from $147 million the year before.

The Academy in recent years has attempted to broaden the appeal of the awards show by expanding the number of Best Picture nominations.