Personal Car Use In Big Cities Projected To Decline 10% 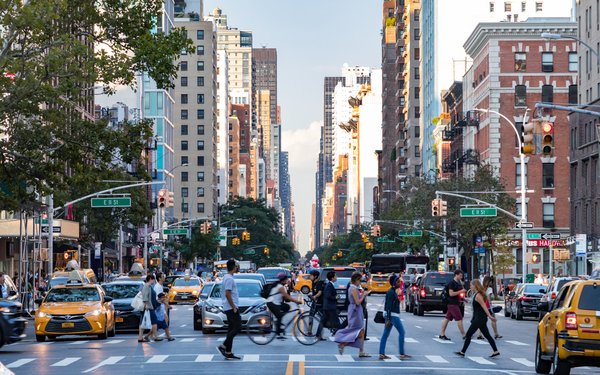 It’s hard to tell based on traffic in many big cities, but it looks like city driving alone in large cities may be on the decline.

Private car trips in the world’s largest cities are projected to decrease by 10% over the next decade, according to a new global study.

The decrease will be driven by the rise of the sharing economy and autonomous vehicles coupled with the aging global population according to the study, comprising a survey of 20,000 city dwellers in 31 cities conducted by Kantar.

More than a third (39%) of urban commuters drive to work alone and solo car commuters or those using public transportation are the most likely to seek alternatives.

Of those who drive in and around cities, 37% would gladly leave their car at home with 25% overall interested in changing their mode of transportation, according to the study.

By 2030, public transportation, cycling and walking are projected to represent 49% of all trips within cities with cars accounting for 46%, down from 51% of trips today.

Taxi and ride sharing and ride hailing trips are expected to account for the remaining 5%.

Cycling is projected to become the fastest-growing mode of transportation, increasing by 18% from now until 2030.

Walking is projected to increase 15% and usage of public transportation 6%.

As many as 37 million city-dwellers in the 31 cities are expected to change the way they travel over the next 10 years.

Outside of the 31 cities, expect consumers to keep driving their own vehicles.