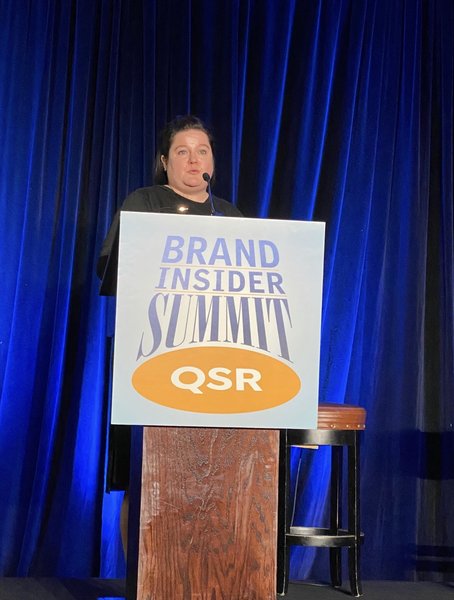 But one of the more striking things to come out of it was understanding what she's dealing with.

A&W is the oldest QSR at 101. Along the way, it was purchased by Yum Brands and some of the units co-brand with KFC or Long John Silver to this day even though in 2011, A&W was purchased by its franchisees. With 1,000 restaurants in the United States and Southeast Asia, there are a lot of moving parts.

First, there are the franchisees themselves. Chances are, Bazner said, the person who cooked your burger or who rang you up in some of these small towns is the owner and s/he hasn't got time to learn new tricks like digital marketing.

"We have fans that span every generation," she said, but the core consumer is still the baby boomer, which it doesn't want to alienate. "But it's 2020 and we have to evolve." Now, half of its national advertising is digital.

In the U.S., 600 of its restaurants are located in small towns so all of its national advertising is geo-targeted within 10 miles of a location. "We are deliberately measured in where we're placing our media," which is made up of paid, owned, earned and shared.

"We still have six restaurants that are cash only," Bazner said, about which she only found out because there were no reported results. "It was my boring Nancy Drew crime-solving novel. I was really jazzed that I had solved that mystery." One restaurant doesn't even have a computer.

"Our promotional calendar is very fractured," she said, since some units are closed during winter. And, the franchisees are people who like to support their local sports teams. "They have relationships with billboard companies, with printed coupons, and it's working well." So, in order to entice them to go digital, she has to prove to them that they will make more money.

Cost-per-visit marketing is not sexy, she noted. There's no video, no creative, it's all data-driven. A&W did a "modest pilot with CPV platform Cardlytics. "I did not think this was super exciting or that a 5% or 10% cashback offer would be compelling. I was wrong. It worked quite well."

With card-linked marketing, there is no waste, she said. Results can be measured in actual real time to give insight into consumers. The brand found that just under 29% of its budget was spent on heavy users, while 56% was spent on light consumers. Now, she could show franchisees how they could move light users to heavy users, who spend $123.75 per year.

Bazner is now working on how to report this type of information in a more timely way to franchisees so they can make better-informed decisions. "We're starting to combine visit-based metrics with sales data."