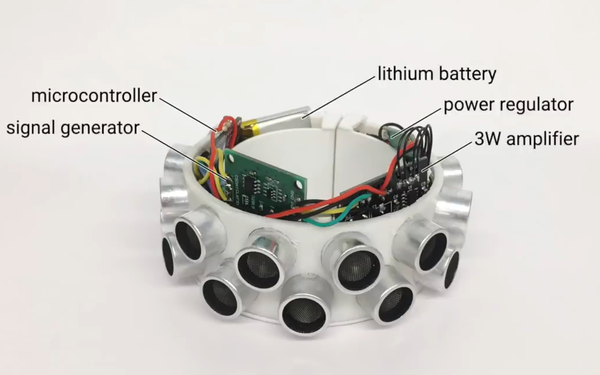 In the world of gadget creation, researchers have now come up with a wearable device to jam microphones to assure conversations remain private.

The wearable jammer is worn as a bracelet and uses ultrasonic sounds to disable microphones such as those in smart speakers or even those that may be hidden.

“While these ultrasonic signals are imperceptible to human ears, they leak into the audible spectrum after being captured by the microphones, producing a jamming signal inside the microphone circuit that jams (disrupts) voice recordings,” states the researchers.

The bracelet is built in a ring-layout that eliminates blind spots and allows jamming in any direction.

The researchers at the University of Chicago found that their device jams more than 87% of the words uttered around it in any direction.

Since interactive devices and smart agents are always listening, awaiting their “wake” word, such as “Alexa” or “Hey, Google,” some consumers have worried that their private conversations are being monitored or overheard through their smart devices.

When activated, speakers in nearby devices include smartphones, smartwatches, voice assistants and cameras, are jammed so that what is heard sounds like static, as detailed in a university video.

Though somewhat large and clunky, the jamming bracelet is a beginning concept and attempt at restoring privacy around smart devices that can record.

It’s one step from unplugging.