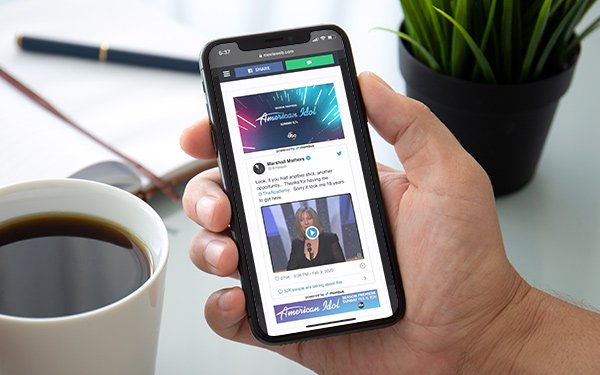 Rhombus , an ad platform built around embedded social content on publishers’ sites, is expanding to support embeds from 19 social platforms, allowing publishers to monetize content in a variety of formats.

“Although unifying contextual data points from multiple social platforms is a major technological challenge, we’re tackling this critical hurdle head on,” stated Abe Storey, founder-CEO at Rhombus. “Solving this problem empowers advertisers to engage consumers around all types of social conversations in real-time, and at the same time, create new monetization opportunities for publishers.”

Rhombus says more than 36% of articles contain social embeds — whole articles are written around tweets from President Trump, for example.

Its platform analyzes and classifies over 100,000 social embeds every day, by social platform, keywords, hashtags, accounts, platforms and interest segments.

The marketplace then allows advertisers to target across contextually relevant social content, using those classifiers.

For publishers, its technology is designed to help monetize social embeds in articles.

Nish Patel, founder-CEO at ClutchPoints, says its sports social media brand for millennials and Gen Z has more than 6.5 million social embed ad calls each month across its network.

For a company like ClutchPoints, a lot of content is based on social moments, such as what LeBron James posts after an NBA game, Patel told Publishers Daily. With a line of code, ClutchPoints can make additional, incremental revenue through an automated process, and place relevant ads in its articles.

Ads are served around the embed itself. For example, a tweet from James will have an ad around it from an advertiser bidding around LeBron, the NBA, or sports in general, Patel explained. “It’s all about quality of ads for us: good direct deals, and good ads,” he said.

The most used social embed types to date are from Twitter, Instagram and Youtube, according to Rhombus’ internal data. Audio based embeds from Soundcloud and Spotify have grown the most over the past year.

Prior to Rhombus, Gjonbalaj was senior account executive of brand partnerships at Imgur. He previously worked at Say Media (acquired by Maven in 2018) and Interactive One.