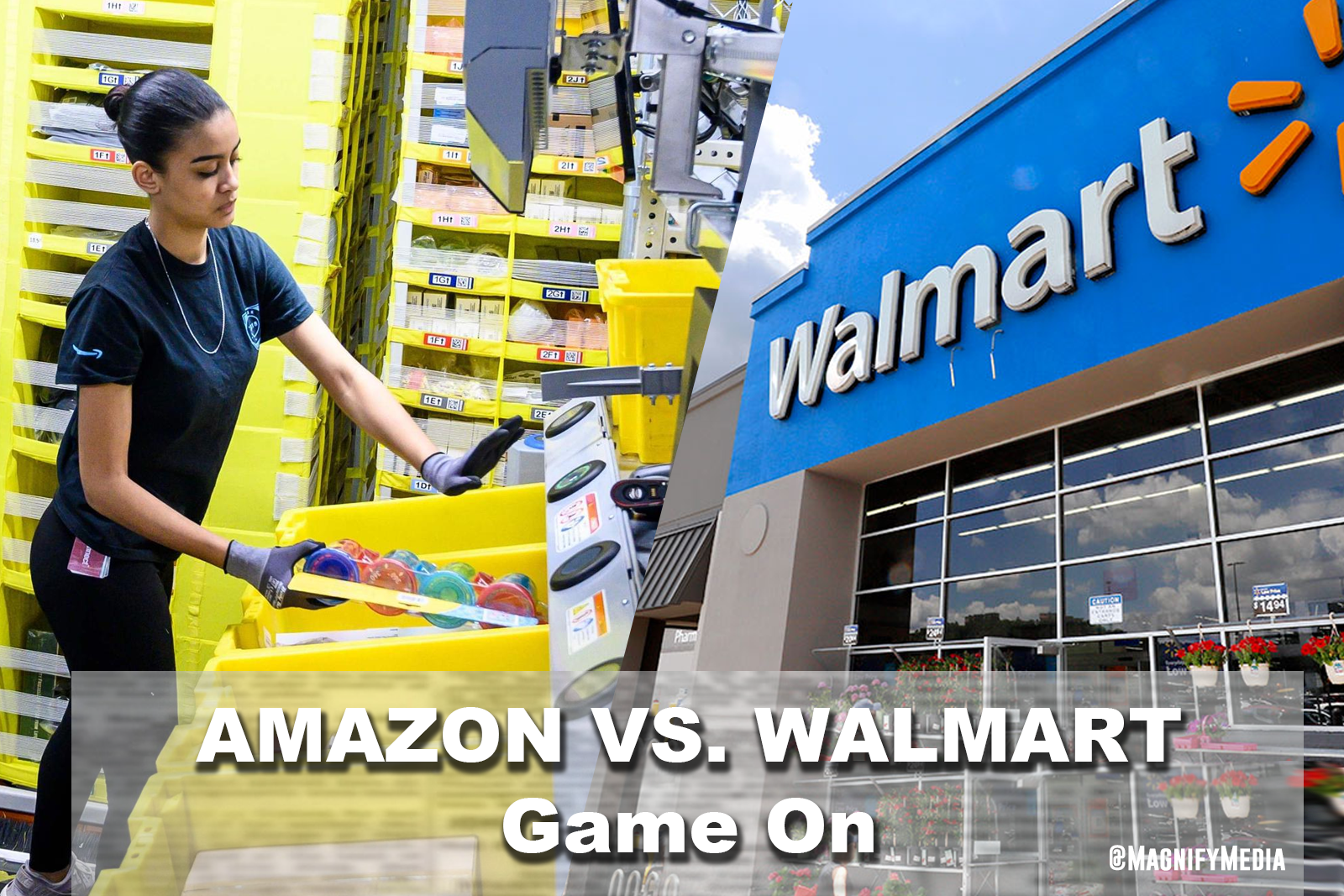 There’s a war ahead. It’s Amazon vs. Walmart, and a lot is at stake.

If you live in a city, take mass transit, have a doorman or package room in your building, chances are you’re an Amazon Prime family.

If you live in the suburbs or country, own a car, have a garage, drive to work and have closets and basement space, chances are you’re a Walmart family.

It’s not quite that black and white — but almost.

Now the two companies are fighting for the heart and soul of the American shopper.

Walmart is the big dog. Walmart Supercenters have massive retail footprints, with sizes varying from 69,000 to 260,000 square feet. Over $22 million gets spent at Walmart every day.  That's $15,288 per second.

The company also owns Bonobos, Jet.com, Moosejaw, Hayneedle, Shoes.com, and ModCloth, as well as the video rental site Vudu. It topped the Fortune Global 500 list in 2018, with revenue of over $500 billion.

Walmart is the third-largest employer in the world, with 2.1 million employees worldwide, coming in behind  U.S. Department of Defense (3.2 million) and the People's Liberation Army in China (2.3 million).

But Walmart’s size and employee base isn’t without controversy. Many Walmart employees are considered “underemployed,” meaning they work part-time when they want full-time employment.

And the combination of part-time work and minimum wage often has Walmart workers  needing to supplement their income with government assistance, including food stamps, Medicaid and subsidized housing, according to a report published by Americans for Tax Fairness, a coalition of 400 national and state-level progressive groups.

But is this about to change? And what will that mean for the 1.3 million Americans whose paycheck comes from Walmart today?

If current trends remain unchanged, Amazon is closing in on Walmart.

Amazon’s reported sales numbers tend to underrepresent its staggering size. Amazon lists as the "seller of record” only for first-party merchandise. Third-party sales are only counted as commission, fulfillment and shipping fees. So that means that close to 20% of Amazon's sales aren’t counted.

Independent third-party sales (through Amazon Marketplace) give Amazon data and the ability to cherry-pick categories to produce its own brands and compete with the merchants it services.

Forbes reports that Amazon and Walmart are already going toe to toe. Forbes says the "estimate of the value of all the merchandise and services traded on Amazon's stores and platform in 2019 is well over $600 billion, compared to average revenue estimates of $279 billion for Amazon and $520 billion for Walmart.”

Those trends seem likely to continue. Amazon has a powerhouse in data and services at AWS that Walmart can’t compete with. Amazon has Prime, Amazon Video and Whole Foods, and perhaps the fastest-growing and least-noticed advantage: advertising sales.

But this battle is going to play out in dramatic ways in the U.S. economy. Amazon has 275,000 full-time U.S. employees, according to The Washington Post, which should have good sources since Amazon owner Bezos also owns the paper.  Meanwhile, Statista reports that Amazon has 798,000 thousand employees, but it’s unclear if that’s calculating in contractors, since Amazon jobs out much of its delivery business.

Walmart Inc CEO Doug McMillon says its 4,500 stores give it an edge in speeding up delivery, food and other essentials. But does it really? Walmart has 20 fulfillment centers to support its ecommerce business. Amazon has 100.

So it’s a battle of the titans. And it may come down to how government, after the 2020 elections, feels about the power and dominance of big tech. That may be the one thing that slows Amazon’s seemingly unstoppable growth.