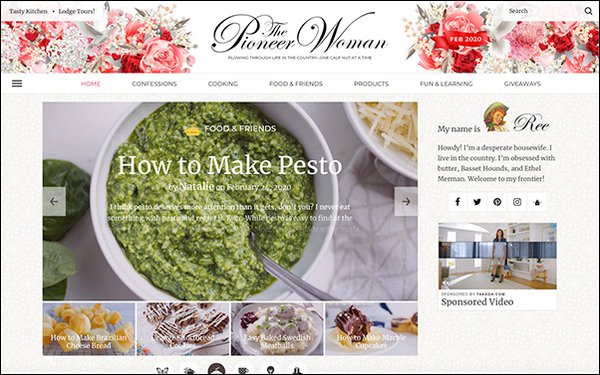 Hearst Magazines has finalized a deal with Ree Drummond to relaunch her blog ThePioneerWoman.com as part of the Hearst network.

All of Drummond’s digital content will be exclusively available on Hearst Magazines' platforms. Hearst and Drummond will "add and refresh" the current site, according to a spokesperson.

Drummond and Hearst Magazines first partnered in 2017 to produce a magazine based on her blog and brand “The Pioneer Woman,” which focuses on recipes, fashion, lifestyle and family advice from her life on an Oklahoma ranch.

Drummond started her blog in 2006. In 2011, she landed a Food Network show called “The Pioneer Woman." She has authored a range of cookbooks and owns The Mercantile, a restaurant, bakery and general store in Oklahoma.

The initial run of The Pioneer Woman Magazine sold out, prompting a return to press.

In the first half of 2018, the quarterly magazine’s total circulation exceeded its rate base by 59% and delivered more than 200,000 bonus copies.

Profis spent two years as digital director of CountryLiving.com; she has been with the magazine for almost eight years. She helped expand the Country Living brand to more than 28 million users, based on Google analytics data provided by Hearst Magazines.

Country Living editor-in-chief Rachel Hardage Barrett is expanding her role. Previously, Barrett oversaw the print side of the brand, but now the print and digital teams will be integrated. Barrett will oversee both operations from Country Living's headquarters in Birmingham, Alabama.