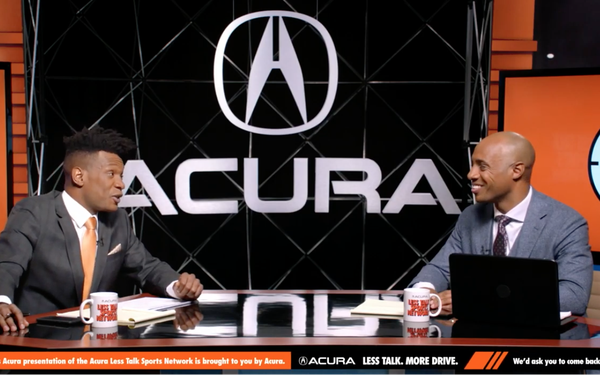 Acura is once again enlisting ESPN analyst Jay Williams along with comedian Seaton Smith for a March-Madness-themed campaign.

For Acura’s Less Talk Sports Network, Williams and Smith will use as few words as possible to comment on the brackets, biggest upsets and game highlights surrounding March basketball with their pre- and post-game analysis at https://acura.us/lesstalk.

Creative will change in real time via ESPN homepage takeovers based on game outcomes. Fans can share GIFs and memes featuring Williams’ reactions.

The campaign will be featured on top sports sites such as ESPN and Turner Sports. On social media, the campaign will span Facebook, Instagram, Reddit, and GIPHY, with a focus on real-time game reactions.

The Acura Less Talk Sports Network will air through the college basketball finals.