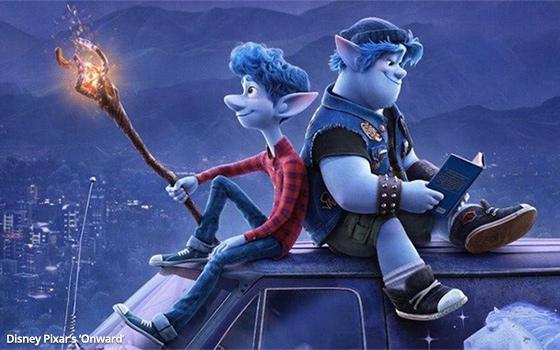 With many movie theater chains closing and/or offering limited seating due to heightened COVID-19 concerns, Disney says the big animated movie will be available for $19.99 starting Friday, March 20 at 8:00 pm ET.

A few weeks later, the movie will run on the company’s Disney+ streaming service, starting April 3 in the U.S.

“Onward,” from Disney's Pixar film unit, opened in theaters on March 6 and had a total of $61.5 million in box-office results -- much lower than normal for a big Pixar film, partly due to the COVID-19 pandemic. Worldwide, the movie has pulled in just over $100 million.

Earlier this week, in response to a number of movie-theater closings, NBCUniversal made an unprecedented movie offer: New theatrical movies available via digital platforms on the same day/date as their theatrical release.

NBCU, which distributes DreamWorks Animation’s “Trolls World Tour,” is scheduled to debut digitally on April 10 in the U.S. for $19.99, available for a 48-hour rental period.

Traditional “windowing” of movies has given movie theaters a three-month exclusive period to show films -- before individual rental of movies is allowed, either delivered digitally or physical rentals.