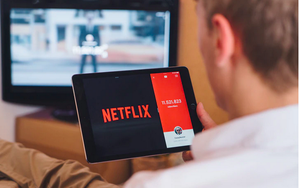 Feeling like the pandemic has shoved you into a box constructed almost entirely of Netflix, Instagram and endlessly texting friends and family? You’re not alone.  Kantar has just released findings of what it says is the largest-ever survey of consumers about the fast-moving pandemic, checking in with 25,000 consumers in 30 markets around the globe.

Among the findings: People are doing 70% more web browsing, 63% more TV watching, and spending 61% more time on social media. WhatsApp has become increasingly more important, with an overall 40% increase in use.

Kantar also detects a genuine crisis of trust. While traditional nationwide news channels (both broadcast and print) are still the most trusted sources of information, only 52% say they are trustworthy. Only 48% believe that they can rely on the website of government agencies, and only 11% say they trust what they read on social-media platforms.

The biggest changes are among people 35 and younger. “Whatsapp, Facebook and Instagram have all experienced a 40%+  increase in usage from under 35-year olds,” the study says.

The findings also present a snapshot of how people use media differently as they digest the severity of the virus.  WhatsApp, for example, saw usage climb 27% in the early stages of the pandemic, 41% mid-phase, and 51% in the late phase. In Spain, people are spending 71% more time on WhatsApp.

And financial worries are real, with seven out of 10 saying their income either has been or will be affected by the virus. In the U.S., that rises to 74%. In Germany, it falls to 56%.

And overwhelmingly, people believe a company’s first concern should be protecting employee health and sanitizing workplaces, at nearly 80%. That’s closely followed by more flexible working situations (62%) and making donations to give medical teams what they need to care for the sick (41%).

But only 8% say brands should stop advertising. Based on its analysis from companies that pulled back on advertising during the financial crisis of 2008, Kantar estimates that “a six-month absence from TV will result in a 39% reduction in total brand communication awareness, potentially delaying recovery in the post-pandemic world.”