We Can't Let The Coverage Be Worse Than The Disease

A couple of days ago Joe Mandese, the editor in chief of this august publication, quoted me -- correctly, let me be clear -- in his excellent article about COVID-19, the media and our Reality TV President. (Really, how else can we define him -- maybe SurrealityTV President?).

I said: “The problem is the obsessive media coverage is making us hysterical," which, let's face it, it is.

But Joe didn't have the space in his article to put what I meant in context, and thankfully he has allowed me to do that here. Because I think the context is important, and I think the media needs to take a time out to have a look at what it's doing and see if it can't recalibrate itself a bit.

Sometimes less is more, and I think that would be true now. Because you have to factor human nature into any media equation and in a case where the news is this uniformly frightening, this omnipresent, the effect on most people following it to exponentially despair, and despair -- which is also infectious -- is its own critical, even mortal, problem.

People are terrified right now. I’m terrified. Joe Mandese is terrified (he told me, I’m not extrapolating). The media doesn’t need to terrify us any more, but it’s stuck in that mode, like a needle on a scratched vinyl record. It equally has the power to help us see the light at the end of the tunnel and to help calm us (and not with stupid bromides of people singing on Italian balconies and someone donating free pizza to hospital workers).

What I said to Joe exactly was that the tragic proclamation that began this living nightmare was the first media report of a "new deadly virus," coming from the mysterious province of China.

That greatly created our fear --- the fear of the unknown.

I see the scary headlines ad nauseam and believe our reaction to this pandemic, on all levels, from leadership to the panic buyers in supermarkets, is as much a creation of limitless media as it is of contagion.

We have built it into a dizzying rapture of horror, feeding and growing on its own obsessive energy.

Imagine if we covered every case of the "common" (as if that neuters it!) flu.

Imagine if every online newspaper's MBM, and cable and local news station, followed every new instance of someone getting the flu and/or turning up in hospital critically sick from it, in the same breathless tone. The planet would simply explode.

Had someone simply reported that "some people are dying of the flu -- an old deadly virus -- which is invariably very contagious" the story would have dried up five minutes later. If it took that long. Also, if we didn't have limitless media, this couldn't assume the terrifying, defeating, black shape it has.

This is where the combination of ubiquitous travel and too much media --- too much competition and too much time and space to fill --- formed that tired (but true) cliche the perfect storm: we were unnaturally cognizant, or made so, of all the flights and trips happening all the time, and of every new case and death!

We watch, hypnotized, as the counts rise. The media is a metronome, intoning, like the ancient cryers in the time of the Plague, "Bring out your dead!"

But I understand this isn't the flu -- it's worse, and made worse by the fact that humans have no immunity to it and so far no treatment.

Nonetheless, I ask -- unpopularly, I know -- is it that much worse than the flu to necessitate collapsing the world's economy? And I think a vast portion of the fatalities from COVID-19 are down to our lack of preparedness to stop the spread and to help the most seriously afflicted.

Most of the dead come from just two vulnerable populations: the older and the already sick. I don't mean to be dismissive or insensitive (especially as, at 64, I’m technically in one of those groups), but a bad flu would be pretty dangerous as well, and traditionally has been -- killing on average between 40,000 and 50,000 people a year in this country alone.

Two winters ago there were 61,000 flu deaths in America, and hundreds of thousands around the world. I'm not sure that generated as many consumer press mentions as you have fingers.

I don't want to catch it, but it's not the Spanish flu, and our infrastructure and medical science is not 1918's, for all the real flaws we are hearing about, minute by minute.

As some commentators have pointed out -- almost apologetically on the news I have been watching -- it's not the Zombie virus. Approximately 99% of all people who get it will survive it (and have immunity to it going forward, apparently).

I also said to Joe that I personally believe the virus has been here slightly longer (maybe only weeks) than health officials think, and that many people have already had it and gone through it, and some may not have even known, while some may have died.

I am not a coronavirus denier (an Orwellian phrase, bred in the swamp of the electronosphere, to barricade against deeper discussion because, histrionically, there are those who believe deeper discussion costs lives. I think the opposite).

But I predict, and I’m not drunk, that in the next month the authorities are going to announce a downward turn in the pandemic --- and all rush to take portions of the credit, much of it well deserved and certainly none of it resented.

We’re going to survive the virus. However, we are on the precipice of an economic abyss that we might not survive. I think that has to be faced too.

The virus is awful. But maybe it’s not our worst enemy or our biggest problem. 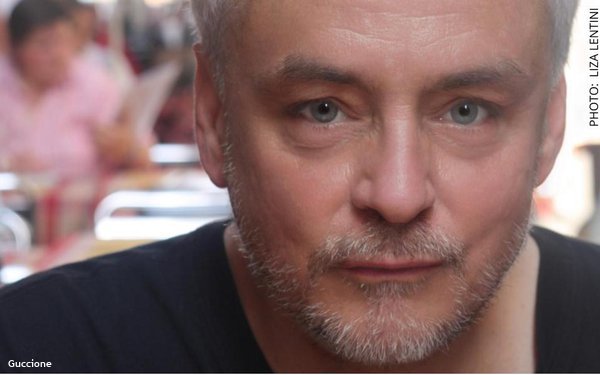 covid-19, health, media, news, politics
4 comments about "We Can't Let The Coverage Be Worse Than The Disease".
Check to receive email when comments are posted.
Read more comments >
Next story loading