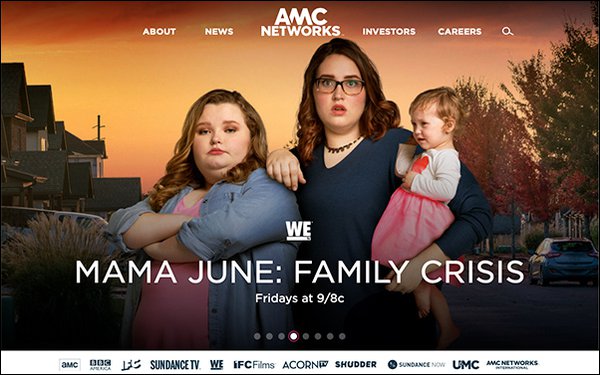 AMC Networks' advertising revenue was down an eye-opening 11% to $213 million in the first quarter of the year -- largely due to COVID-19 concerns during the last three weeks in March, when many marketers looked to suspend or shift TV budgets.

This follows an 8% decline in the fourth quarter of 2019.

This could be a sign of things to come for overall TV network advertising during the coming periods, says Todd Juenger, media analyst of Bernstein Research.

The company in its earnings release said: “Beginning in mid-March, the company experienced adverse advertising sales impacts and suspended content production, which has led to delays in the creation and availability of some of its television programming.”

In somewhat better news, distribution revenues from pay TV providers were down 6% to $354 million. Overall, AMC’s national TV networks was down 8% to $566.9 million.

Streaming services -- which looked to be a growth area compared to traditional pay TV providers -- posted mostly flat revenues. But subscribers' growth is on track to make the company's goal of 3.5 million to 4.0 million by the end of 2020.

AMC's first-quarter revenue was down 6% to $734 million, with net income from continuing operations falling 52% to $69 million.

Due to its strong cash-flow position, the company said it doesn’t expect COVID-9 "to impact to affect its liquidity position or its ongoing ability to meet the covenants in its debt instruments."