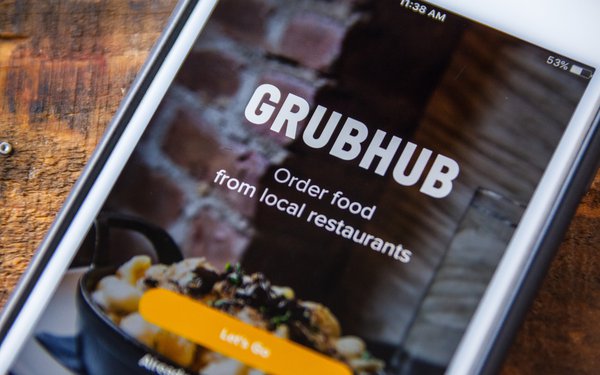 Food delivery company Grubhub has been hit with a false advertising lawsuit for allegedly telling consumers that restaurants it doesn't work with are closed, and directing those people to establishments that use Grubhub's service.

“Grubhub is purposefully listing restaurants as closed or not taking online orders even though that is completely false,” the Denver-based bar and restaurant Freshcraft alleges in a class-action complaint filed Monday in federal court in Colorado.

“Grubhub benefits economically from its willful and false advertising campaign as consumers are steered to restaurants that use Grubhub’s delivery service,” Freshcraft adds. “Grubhub's willful and false advertising campaign has directly harmed its competitors; restaurants that choose to offer their own delivery or use another delivery service that is not Grubhub.”

Freshcraft says it is open and using a different platform for deliveries -- which it maintains are critical to its business.

“Freshcraft is doing everything it can to survive the Covid-19 pandemic,” the complaint states. “Since dining-in is not an option for Freshcraft, the revenue garnered from orders requesting delivery are the only way the restaurant can generate revenue to stay in business.”

The restaurant's claim centers on Grubhub's web and mobile pages, which allegedly included listings for Freshcraft, as well as language indicating the restaurant is not open.

The listing on Grubhub's site allegedly said, “This restaurant is not taking online orders. Try a similar restaurant nearby.”

And a mobile listing for Freshcraft allegedly said, “Closed.”

Whether Grubhub's listings amount to false advertising appears to be an open question, according to Santa Clara University law professor Eric Goldman.

The complaint sets out a “plausible false advertising argument,” he says, but adds that the crucial question -- whether Grubhub's listing for Freshcraft is an ad -- is contestable.

He says business listings pages -- such as those that appear in traditional telephone directories or comparable formats -- aren't traditionally considered “ads.” Therefore, incorrect information in those listings is not viewed as false advertising.

But Grubhub allegedly is using the listing for Freshcraft to promote a different vendor, which could lead courts to view the page as an advertisement.

Attorneys for Grubhub and Freshcraft have not responded to requests for comment.

This lawsuit is not the only complaint faced by Grubhub. The company -- along with competitors DoorDash, Postmates and Uber Eats -- was sued last month for allegedly exploiting market power to charge “exorbitant fees.”

Separately, it emerged Tuesday that Uber is attempting to acquire Grubhub.