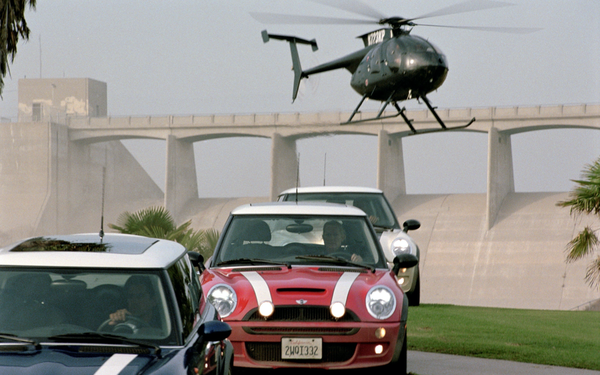 Hundreds of Mini owners gathered online earlier this week for a virtual screening of the film that helped put the brand on the map.

Mini USA collaborated with Paramount Pictures for the event, which featured the 2003 movie “The Italian Job.”  It was attended by more than 350 Mini owners who generated more than 1,470 chat messages on the virtual screening platform.

The screening was planned in response to the pandemic and the disconnection consumers are feeling due to social distancing, according to a Mini spokesperson.

Mike Peyton, vice president, Mini of the Americas, hosted the event. He shared trivia questions during intermission, chatted with members of the community in real time during the movie, and closed out the night with a live Q&A session with owners.

“It was an amazing experience to virtually be in the company of so many enthusiastic Mini owners,” Peyton tells Marketing Daily. “My favorite part of the virtual gathering was interacting with the community and responding to their questions in the chat and during the live Q&A. It was also great to see so many of them interacting with each other and talking about their common bond with our brand.”

This was a way to bring owners together and share in their enthusiasm for the brand at a time when gathering in person is not possible, he says.

“We will continue to look at unique opportunities over the next several months to engage with our community at a time when we all need it most," Peyton adds.

Last month, in light of the current COVID-19 pandemic, Mini USA officially postponed Mini Takes The States, a biennial road rally for owners. It was set to take place this summer from July 18-26, but has been rescheduled for summer 2021.

“The Italian Job” is an American action thriller starring Mark Wahlberg and Charlize Theron. The film follows a group of thieves who plan to steal gold from a former associate and features a getaway scene involving three Mini Hardtops as they race through the underground tunnels of the LA Metro Rail System.

Thirty-two Minis were used in the making of the film, with the actors trained to do as many of the driving scenes as possible. In addition, three of the Minis were specially converted to full battery electric drive for filming the escape scenes.