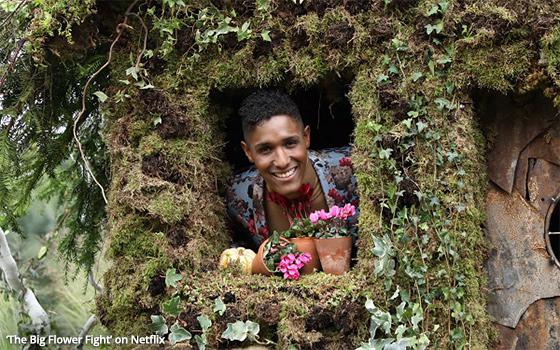 The following TV Blog is aimed primarily at the TV industry's vast population of communications professionals, otherwise known as publicists.

Today's subject matter represents a personal pet peeve on the part of your TV blogger, who has no idea whether other journalists toiling on the television beat feel the same way about the word “embargo” and the way some portions of the TV publicity apparatus are overusing it lately.

Nevertheless, here goes. When publicists arbitrarily impose embargoes in an attempt to govern when news organizations post or publish stories and reviews of their shows, the publicists reveal that they know very little about the way news organizations work, or about the temperaments of editors, reporters and opinion columnists.

In addition, imposing embargoes that restrict the publication of stories about new shows to only a few days before the shows' debut dates pigeonholes writers and editors into forcing decisions about coverage that often will result in the embargoed subjects not being covered at all.

This outcome would seem to run counter to what a publicist ought to be aiming for -- which would be maximum coverage on as many outlets as they can accumulate. Instead, embargoes mean that coverage will inevitably be constricted.

Lately, of all the TV companies, Netflix has been the most prolific user of the word “embargo” in the television publicity space. The word has also cropped up in some of the press materials of other companies too that had almost never used it before.

Netflix's p.r. department slaps the e-word on everything, as if the Netflix publicists believe all of us journalists are just champing at the bit to write about Netflix's upcoming shows, and will post all of our stories and reviews as soon as possible without regard to timing unless Netflix reins us in.

For that is what these kinds of embargoes are meant to bring about -- coverage of new TV shows as close to their premiere dates as possible.

All TV companies would love to declare that reviews and feature stories are prohibited until a day or two before premiere time, in order to get what they think is the maximum exposure just at the right time.

But no writer or editor worth his or her salt likes to be told what to do, especially by a publicist, and particularly by publicists with whom they are hardly acquainted.

Right off the bat, the mere sight of the word “embargo” on a press release about a new, upcoming TV show poisons the atmosphere right away.

I know editors and reporters who would react in any number of ways that were not intended by the p.r. types who thought establishing an embargo was a good idea.

The responses might include: (a) Completely disregarding the embargo (i.e., breaking it on purpose) and then daring the company to make a stink about it; (b) immediately disqualifying the embargoed TV show from ever being covered at all; and/or (c) holding the offending company in such contempt that coverage of its shows generally will suddenly begin to get short shrift.

What can I say? Those of us who toil in the vineyard of the First Amendment do not like being told when and how to report on something, especially when the news has been released, albeit with an “embargo” label on it.

The bottom line is, declaring embargoes on the coverage of new TV shows serves no purpose other than to alienate journalists.

For example, what purpose was served by Netflix placing an embargo on coverage of a flower-arranging competition-reality series -- “The Big Flower Fight” (pictured above)?

The show premiered this past Monday and journalists were not permitted to write on it until a week before that. I could be wrong, but I doubt any critics or reporters were eager to jump the gun on that one, or even write about it at all.

Probably, someone in Netflix p.r. decided one day that the department's policy should be to put embargoes on everything they release. The idea was ridiculous.

I sometimes imagine myself working in TV p.r. somewhere and saying yes to every request I would receive from journalists on any subject related to the promotion of the company's shows no matter who they wanted to interview, what they intended to write (I wouldn't even ask them), or when they wished to publish their stories.

I also imagine that I wouldn't last a week in a p.r. job.