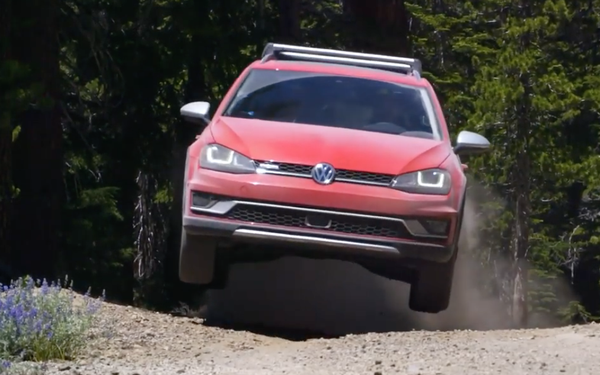 He plays fictitious secret agent Jason Bourne in many of the Bourne film series’ driving scenes. As a brand ambassador, Foust represents Volkswagen R around the world.

The automaker created a 3-minute video explaining Foust’s involvement with the brand. The 46-year-old is actively involved in the coordination and approval process for new Volkswagen R vehicles.

Foust is also an American racing driver and is a four-time Rallycross Champion, winning his most recent title in 2019 behind the wheel of a Volkswagen Beetle R. The Volkswagen pilot also has two championships in “Formula Drift” under his belt, along with four gold medals at the X-Games.

“Tanner is a great fit for us and represents everything that Volkswagen R stands for around the globe, in a charismatic and authentic manner,” says Jost Capito, managing director at Volkswagen R, in a release. “His expertise is also a genuine advantage for the development and optimization of R models.”

Foust has also worked as a stunt driver on other Hollywood productions, including "Iron Man 2," "Need 4 Speed" and the "Fast & Furious" series.  In “Tokyo Drift,” the third entry in the "Fast" saga, he maneuvered tuned sports cars across tarmac and through narrow car park ramps.

Foust has also made a name for himself as a TV host, guiding spectators through the U.S. version of the TV show “Top Gear” between 2010 and 2016.