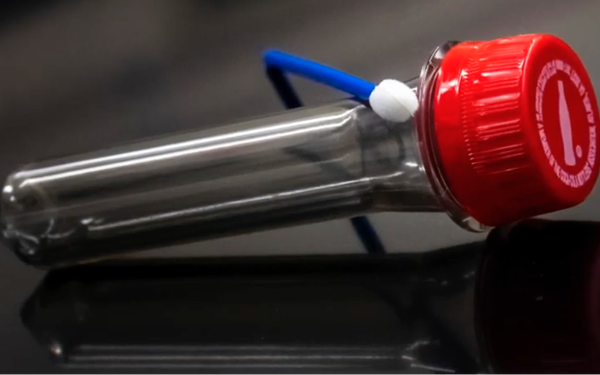 Most of the time, it’s not a good thing when brands find themselves associated with a major public health hazard. Not so when Coke can help out with COVID-19 testing.

Moreover, Southeastern Container says it can produce 1.2 million such tubes each week, which will help meet government testing goals.

The testing tubes the company is producing have screw-top caps that are tamper-proof and prevent leakage and exposure during transport. They can also carry the Coke brand imaging, but a rep for Coca-Cola Consolidated says that’s not part of the plan right now.

Southeastern’s discovery was the result of outreach by the U.S. Department of Health and Human Services and the Oak Ridge National Lab to identify manufacturers that could help fill the supply chain gap of test collection tubes.

“Through a personal connection and discussions with Coca-Cola Consolidated, we determined the preform that goes into a blow molding machine to make Coca-Cola bottles looked exactly like the test tube needed for the COVID-19 testing kits,” Oak Ridge lead scientist Lonnie Love said in a statement issued by Coca-Cola Consolidated.

This morning, Oak Ridge posted an 80-second video on YouTube showing the process by which preforms are transformed into test kits. Text superimposed over images of Coke and laboratory settings state, “Coca-Cola bottles will soon contain more than soda” and that Coca-Cola will convert a portion of its production line to make 1.2 million tubes per week.

“In every community across our country, the local Coca-Cola bottler has always been active in serving its community, and this crisis is no different,” said Coca-Cola Consolidated president and COO Dave Katz.