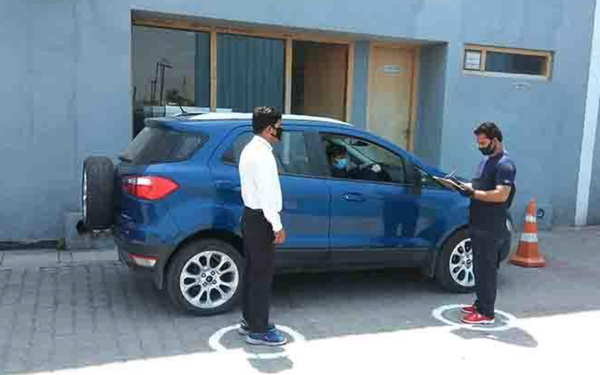 According to pre-pandemic research from Mintel, there’s no love lost between Americans and automakers, as consumer loyalty is minimal at best.

Over two-fifths (44%) of consumers say they are looking to change automakers for their next vehicle.

Mintel research shows that U.S. consumers are split on the idea of being loyal to one auto brand: 31% agree, 34% disagree, and 35% aren’t sure where they stand.

When considering the reasons why consumers are switching, poor vehicle experience (35%) is the top reason why they say they won’t purchase their next vehicle from the car brand they currently own.

Other reasons include: newer technology (32%), cost (26%), and personal lifestyle change (such as having children) (23%). What’s more, given that emotion plays a big role in the car-buying process, more than half (53%) of consumers say they feel  their needs are not being understood by car manufacturers, causing them to be brand-disloyal.

While these findings were from early this year, just before the pandemic hit, it’s unlikely much has changed. If anything, consumers appear to be assessing brands even more critically in these trying times.

Mintel’s research shows that many Americans are switching to different auto brands because they say their vehicle isn’t reliable and brands do not understand their needs.

“What consumers want from automakers is the same thing they want from any relationship: trust, transparency, understanding and reliability,” says Hannah Keshishian, Mintel automotive analyst.

Loyalty is a priority for automakers, or should be. Companies make huge investments to ensure consumers are repurchasing their vehicles.

“To clear this divide and create more opportunities for consumer loyalty to take root, automakers must actively work to meet consumers’ needs, demonstrate that they are invested in building a better relationship, and fix some of the systemic issues,” Keshishian says.

All hope is not lost for automakers, as Mintel research indicates certain criteria will help drive consumer loyalty. Top among them is low vehicle maintenance, with 75% of consumers saying this is their top priority when buying a new car.

Manufacturers should also pay special attention to Gen Z and millennial car buyers: 61% of Gen Zs and 64% of millennials say if they feel  a car manufacturer understands their needs, they would be brand loyal.

At the moment, however, if millennials are going through a lifestyle change such as getting married, having kids, or buying a home, more than a third (34%) say that would encourage them to purchase a different auto brand than their current vehicle.

Despite the fact that other factors outrank brand loyalty for many U.S. car owners, the desire for brand loyalty is there. In fact, more than half (55%) say they would prefer to be loyal to one auto brand.

However, consumers don’t think that or don’t know if automakers care whether or not they are loyal (55%). Reliability (77%) is at the top of the list for what consumers say leads them to repurchase from the same brand. Pointing again to the role emotion plays, over half (53%) of female consumers said that they would be brand loyal to an automaker if they felt like the brand understood their needs.

“Consumers and auto brands both need to show they’re invested,” Keshishian said.  “If consumers believe that automakers don’t care about their loyalty, then it’s just one more reason to not become brand-loyal.”

Car manufacturers need to break away from the industry status quo and doing things simply because that’s how they’ve always been done, she adds.

“Implementing a consumer-first mindset is the first step to developing brand loyalty,” Keshishian says. “Manufacturers need to be better at addressing consumer needs, making consumers feel understood, and showing that they are reliable through better service at every point in the car buying process.”