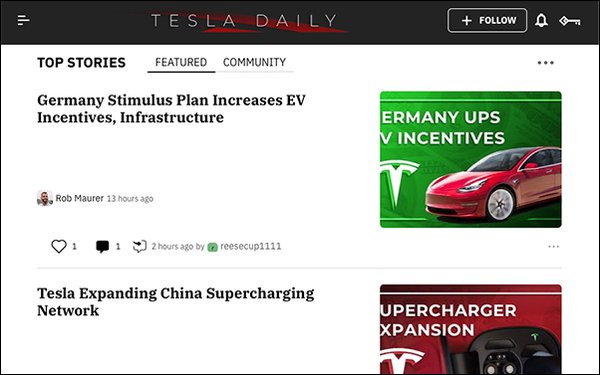 Podcast and video brand Tesla Daily has joined Maven’s platform and will provide updates, reporting and analysis about the car company.

Tesla Daily, which will be available via TheStreet, reports more than 1 million monthly downloads across platforms.

Maurer stated of his brand’s new home: “My goal has always been to get accurate and valuable information to as many people as possible, and TheStreet helps me do that without compromise.”

TheStreet was acquired by Maven last summer in a $16.5 million cash deal. At the time of the acquisition, Maven announced it would partner with TheStreet founder Jim Cramer on a new production company.

Following its acquisition, TheStreet underwent a redesign and expanded its financial offerings to include fellow Maven brands Stan the Annuity Man, Mish Talk and The Progressive Investor.

In May, Maven and Cramer Digital partnered on a new video channel that features TheStreet-branded content, including an “Ask Cramer” element, which is available for Action Alerts Plus members. The channel specializes in short, expert-led videos covering news, markets and trends in stocks, economic policy and industry sectors.