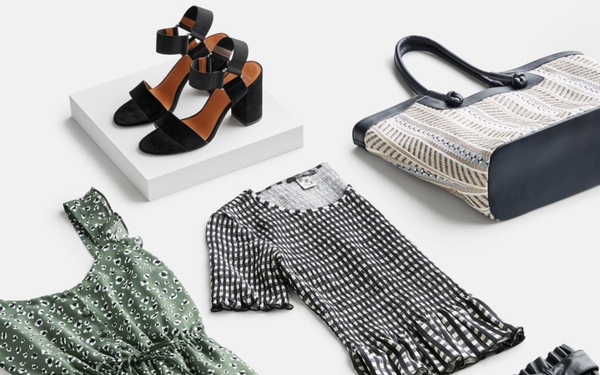 Like many clothing companies, Stitch Fix is struggling to regain its footing after the COVID-19 slowdown. But it says a new approach to selling, offering customers the chance to buy items directly rather than as part of a curated style “fix,” is catching on and generating sales increases.

The San Francisco-based D2C brand says for its fiscal third quarter, the number of active clients grew 9% compared to the same period in the prior year, rising to 3.4 million. And net revenue per client also improved, gaining 6% to $398. But overall revenue fell 9% to $371.7 million, a decrease of 9% year over year. And it swung to a loss of $33.9 million, compared to net income of $7 million.

Katrina Lake, founder and CEO, points out that the company achieved these results at a time when many in the apparel business saw sales tumble as much as 80%. “Our results give us confidence in the resilience and increasing relevance of our model as more people than ever before seek out a better online shopping experience, rooted in what is meaningful and right for them,” she says in the company’s earnings announcement. “Through a combination of innovating the Fix model and expanding Direct Buy, we are excited to expand the Stitch Fix ecosystem, and unlock personal styling for everybody.”

Some observers are impressed with the way Direct Buy is gaining momentum. Mark R. Altschwager, an analyst who follows the company for Baird, writes that 13% of women’s clients have tried Direct Buy, up from 5% in February.

“Management's tone has become increasingly bullish on the potential as it learns from early results,” he adds, “driving higher client engagement,” such as spending more time on the app. Direct Buy also expands the appeal of Stitch Fix's platform, since “some users value the personalization and convenience/safety of at-home try-on, but want to be more involved in style selection.”

Earlier this month, The Wall Street Journal reported Stitch Fix was laying off 1,400 of its stylists -- about 18% of its staff in San Francisco. Plans call for adding 2,000 stylists in cities with lower costs of living, including Dallas, Pittsburgh, Cleveland, Minneapolis and Austin, Texas.