What's In A Name? The Difference Between Success And Failure 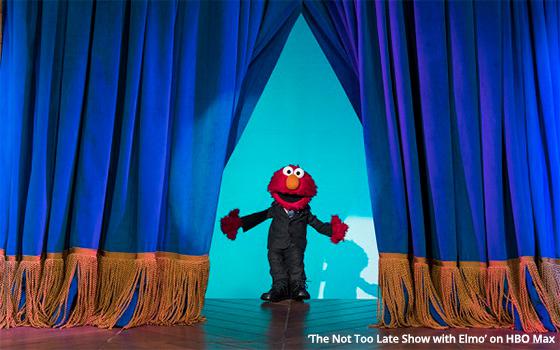 A name that people cannot even pronounce is a terrible choice for a new streaming service whose success depends, at least in part, on word-of-mouth.

This is a central issue for the new streaming service called Quibi. Stop right there, reader, and consider the way this word “sounded” in your brain when you just read it.

This is a big problem because the decision to adopt (and pay for) a new streaming service is often based on someone else telling you about it. But how would this occur if almost no one knows how to pronounce the thing?

The conversation might go like this: “Hey, I signed up for that Kwibbee thing the other day. Or is it Kibbee? You know, the one that starts with Q … Oh, never mind.”

Quibi is the streaming service that is being run by long-time movie executive Jeffrey Katzenberg and Meg Whitman, who once ran eBay and after that Hewlett-Packard.

I learned the origins of the Quibi name they unfortunately chose for their company buried in a lengthy story that started on the front page of The Wall Street Journal on Monday.

The story -- headlined “Bosses Struggle With Media Startup -- and Each Other” -- was mostly about the contentious relationship that has evolved between the company’s two top executives as Quibi struggles to get its footing since its launch in April.

The bit about the company’s name was buried on the jump page. According to the story, Katzenberg at first wanted to name it with a Japanese word for high-quality sushi. Evidently, he really, really likes sushi.

“The executives wanted a name that captured the company’s strategy,” the story said. That strategy revolves around the company’s effort to create its own niche in the streaming universe by offering short-form content designed mainly for viewing “on the go” -- i.e., on portable devices such as smart phones more than PCs or smart TVs in the home.

What this had to do with sushi, other than the fact that sushi is prepared in bite-size pieces, is unclear. Plus, the Japanese word Katzenberg chose was also unpronounceable to most Westerners.

The WSJ story continues: “Katzenberg was initially partial to ‘Omakase,’ a term used to describe high-quality sushi selected by the chef. Ms. Whitman wasn’t in favor. The two agreed to set it aside.

“The company hired a brand-strategy firm, Siegel+Gale, which helped come up with the name Quibi -- short for "quick bites." If that is the case, then strictly speaking, "Quibi" should be pronounced "quih-bye."

The WSJ story did not delve into the word’s pronunciation or the possibility that it has presented an obstacle to the company’s growth.

Speaking of which, the company’s "growth" since its launch has been more of a trickle.

The story estimated that Quibi would have less than 2 million paid subscribers by the end of this year -- far less than the company’s goal of 7.4 million.

The other new streaming service that appears to have a name problem is HBO Max, the WarnerMedia service that encompasses a lot more than just HBO.

And yet, to most people, the HBO Max name the company chose likely means to them that it is an HBO streaming service, only bigger somehow. Perhaps it offers everything that is on HBO now, along with everything that has ever been on HBO.

In fact, it does offer these things. But when you consider everything in the Warner content storehouse going back about 100 years (plus new originals such as “The Not Too Late Show with Elmo” pictured above), HBO content emerges as a fraction of the total.

Why not just call the service “Friends Max” and call it a day?

brand image, digital, streaming, television
2 comments about "What's In A Name? The Difference Between Success And Failure".
Check to receive email when comments are posted.
Read more comments >
Next story loading